Loss of letter to gardai ‘the final insult’ for Darren

The mother of a teen who took his own life as a result of cyberbullying, has reiterated her call for a change in the law to protect others from the same fate.

Darren Hughes Gibson (17) was found dead at an industrial estate in Stephenstown, Balbriggan in August 2012 after being reported missing the night before.

Last Saturday, his mother, Elaine, called for support for an online petition to An Taoiseach Leo Varadkar which is now just a few signatures short of its 10,000 target. 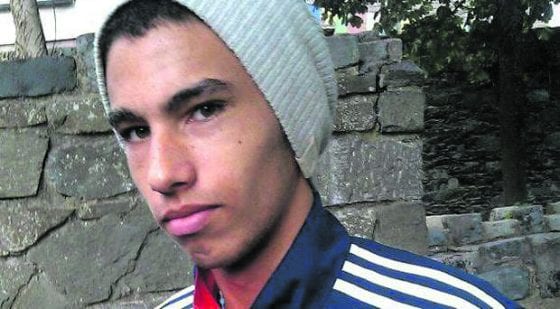 She said: “We need to protect our children. No one should have to suffer the unbearable pain, loss and absolute life-changing devastation we go through every day.”

And heartbroken Elaine hit out after the latest hearing into her son’s inquest held last week heard that a letter to gardai calling for a review of the case had been lost.

Blasting it as “the final insult”, she said: “I think Darren is turning in his grave. The gardai told me to send a letter requesting a review of the DPP’s decision not to bring charges.

“I sent the letter and have been waiting for updates. Now, nearly four months on, the gardai say they can’t even confirm if the letter was received. It’s beyond belief.”

Darren was bullied online in the weeks before his death over the colour of his skin and because he wore a hearing aid. Investigating gardai examined more than 5,500 pages of social media messages.

But after hearing in January that the DPP had decided not to prosecute, his family suffered another setback last week when it emerged there was no trace of Elaine’s letter requesting a review of that decision.

Garda Derek D’Alton told the latest in a series of inquest hearings into Darren’s death at Dublin’s Coroner’s Court he was not aware if the letter was received.

He said Superintendent Noel Carolan was not available to attend the inquest, adding that the 28-day period during which a DPP’s decision can be appealed had passed.

Coroner Dr Crona Gallagher asked gardai to clarify the status of the letter posted by Elaine and said she had no choice but to again adjourn the inquest – almost six years on from Darren’s death.

“I’m disgusted,” said Elaine, calling for support for the change.org petition “before what happened to my gorgeous son happens to any more children”.

Keith’s the only person to translate emojis?

05/05/2016
We use cookies to ensure that we give you the best experience on our website. If you continue to use this site we will assume that you are happy with it.Ok