The school of the young boy killed in a plane crash in Offaly on Sunday has paid tribute to a “happy, smiling young boy”.

Both he and the pilot of the light aircraft died in the crash, which happened shortly after 16 skydivers – including the youngster’s dad, Kris – jumped from the plane. 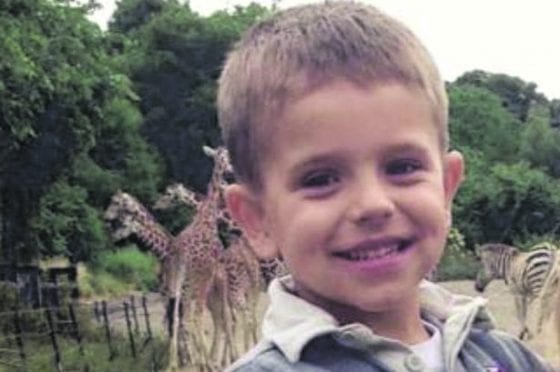 A GoFundMe page set up by members of the Irish Parachute Club had reached its €25,000 target within 24 hours of being set up.

A statement from the Huntstown school was posted on Tuesday afternoon as investigations into the crash in bogland near Clonbullogue Airfield continued.

School principal Kieran Lyons said: “Our school community is shocked and saddened to learn that one of our First Class pupils, Kacper Kacprzak, tragically lost his life on Sunday.

“Kacper was a happy, smiling young boy, always enthusiastic and interested in learning. He had a great bond with his peers and was a very good friend. He will be fondly remembered and greatly missed in our school by pupils and staff alike.”

As per protocol, the school implemented its critical incident management plan to provide support for staff, pupils and parents trying to come to terms with the tragedy.

Fr Begley said Kacper’s death had left the locals reeling. He added: “There isn’t the usual joy and happiness that you would have associated with the schoolyard.”

The school’s parents’ association issued a statement offering their condolences to the boy’s family and friends, adding: “Kacper will live on in all our hearts.”

Members of the Irish Parachute Club have rallied around the Kacprzak family and the family of pilot Neil Bowditch, known as ‘Billy’ to club members.

Allajouti Hassan said: “I have a son the same age as Kacper, who also loves planes. They were down there playing together on Sunday before this happened.

“Kacper was a beautiful boy who would touch anyone’s heart. We are heartbroken. This is a difficult time for us.”

Kacper’s dad, Kris, ran to the scene of the crash after the plane went down and tried to rescue his son. A club member revealed: “Kris is a skydive enthusiast and Kacper loved being with his daddy.”

CIE bring LSL 1A football back to the Works Ranch

Refusal for skyscraper hotel in Castleknock is appealed

‘Keep driving your local economy’ is the key...

To Be Irish at Christmas initiative launched to...

Council to axe and replace 63 trees in...

08/09/2020
We use cookies to ensure that we give you the best experience on our website. If you continue to use this site we will assume that you are happy with it.Ok