At an area meeting last week officials revealed that the tender for the restoration of the cottage and installation of the hand-painted exhibition was “imminent”. 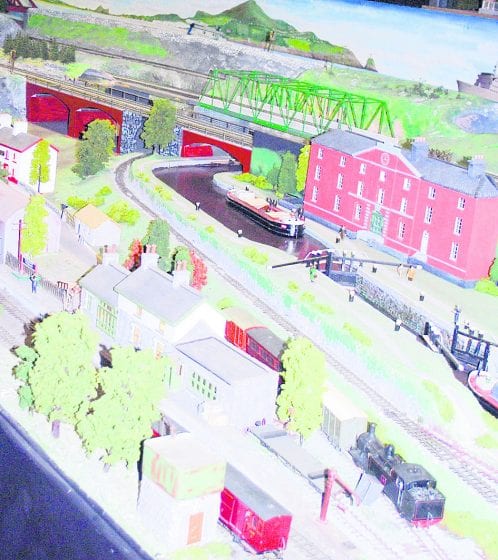 Part of the sprawling railway

Locals have been left frustrated as a series of setbacks delayed the tourism project but despite its original €2.4 million price tag jumping to €2.7 million, it’s back on track.

The contractor is due on site to begin restoring the protected structure in “mid-April” according to council officials and the works are due to finish by mid-February next.

The exhibition itself will take six weeks to install and “a decision on operation and management of the exhibition and building could allow for opening to the public in April 2019”.

At the area council meeting where the news was delivered, Cllr Anthony Lavin (FG) expressed concern that the time frame seemed to have slipped slightly.

He added: “Every time we hear [about the project’s delivery] it’s getting a little bit longer. I think we are seeing the downside of the delays with the extra €300,000 that is required.”

Half of the additional funding is attributed to construction inflation while the rest is to meet requirements for disability access, boundary walls and energy efficiency.

Cllr Eoghan O’Brien (FF) said all elected members had expressed an interest in getting involved with the plans for the display and he hoped that would be the case.

“People are still going, ‘Yeah, I’ll believe it when I see it’. I’m dying to see the activity down there.”

In 2014 it was announced to great fanfare that the largest model railway in Europe was to be housed as the centrepiece of the historic abandoned Casino cottage.

The Fry Model Railway – containing a prototype of every train model ever featured on Irish railways – was painted by hand more than 70 years ago.

Malahide resident Patrick Michael Gaffney, who died in 2012, left €1.5million in his will to restore Casino House on condition it housed the model railway.

Initially the project was expected to take 12 months and be operational by mid-2015 and the delays have been closely monitored by the Fry Model Railway for Malahide Facebook page.

When the latest news was announced last week, one Only Fools And Horses fan asked if “Del Boy and Rodney” would be doing the work.

Dun Laoghaire Baths getting a makeover

Former landfill dump to reopen as a...

18/04/2019
We use cookies to ensure that we give you the best experience on our website. If you continue to use this site we will assume that you are happy with it.Ok