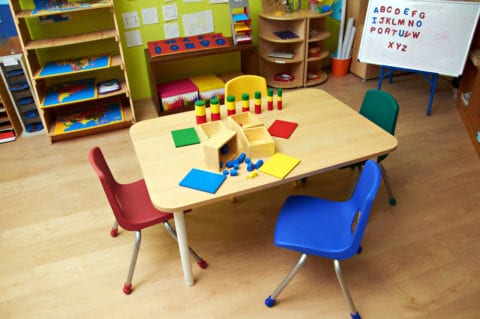 Creches across Fingal closed on Wednesday as workers protested to highlight a sector in crisis.

Creche owners warn they are facing closure due to low pay, soaring insurance costs and a lack of support from the Government.

Lynsey McCabe, owner of Bright Sparks Montessori in Malahide, took part in a demonstration from Parnell Square to Merrion Square along with her four teachers.

She told Dublin Gazette: “After years of being undervalued and overworked, I joined the protest to show how the Government’s input has destroyed our sector.

“They are providing ‘Free ECCE places’, but at the cost of our teachers and owners. Many owners have had to close.

“People coming out with degrees in early childhood education cannot stay in the sector when the average wage is €11.50.

“The Government only provides us with payment for 10 months, so teachers cannot get mortgages or personal loans.”

Ashley’s words were echoed by Rachel Hughes Tarpey, owner of Cheeky Monkeys in Kinsealy, who took part in the demonstration along with her two staff.

Susan Gaynor, owner of The Cottage Montessori in Malahide, and her two teachers also marched in Dublin to call for critical supports.

The city centre protest was organised by the Early Years Alliance to demand a “sustainable solution” to the deepening childcare crisis.

“It is inequitable, unjust and immoral. Staff turnover is enormous because our profession is being exploited to meet political objectives.

Staff at Ladybird Lane Community Childcare Service, which is based in Huntstown Community Centre in Blanchardstown, elected to protest locally instead of joining the city centre march.

Creche manager Marian Sheridan told Dublin Gazette: “While we support the demonstration, we are having one of our own outside the community centre, with the children supported by parents.”

She said locals wanted to highlight the building issues that need to be urgently addressed at the centre – fire safety works and a roof upgrade.

Some funds have been raised but a shortfall of €100,000 remains.

Sochanska takes pride in role as the new ambassador for Poland