Council hatches a plan to count seagulls in the area

A survey is to be carried out to establish the number of seagulls nesting on houses and business premises in Howth, Skerries and Balbriggan.

Fingal County Council (FCC) commissioned the study of breeding gulls and is inviting observations from residents on the location of the birds.

There has been a sharp rise in the gull population in urban coastal areas and last year nests and eggs were removed in Balbriggan on foot of a derogation.

But the council has assured that the survey being undertaken is not in any way linked to control measures, such as nest removal or culling.

A spokesperson for the local authority told Dublin Gazette the study would “establish a baseline for the numbers of nesting and the key nesting locations to facilitate future monitoring”. 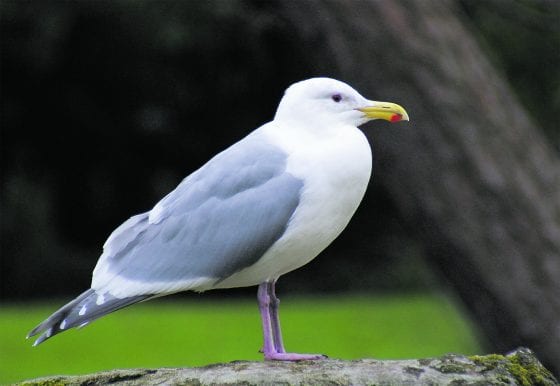 They added: “While FCC is aware of concerns raised by residents about the gulls in the three seaside towns, it is not involved in control measures such as nest removal or culling.

“The National Parks and Wildlife Service is responsible for dealing with any potential control measures via their derogation licensing process.”

During breeding season, which starts in April or May, seagulls start to congregate and build rooftop nests. In June, the scavengers become active when the eggs hatch as their young call constantly for food.

Last summer, one mother had her lip ripped open by a seagull during a day trip to Howth with her young children and her sister.

In March 2017, the issue of “aggressive” birds in Balbriggan was raised by Senator Lorraine Clifford-Lee, who suggested using lasers as an alternative to culling.

She told the Seanad, seagulls “are dangerous, dirty and it’s impossible to get a night’s sleep for several months each summer as they nest and rear their young”.

The Environmental Team from Roughan and O’Donovan Ltd (ROD) have been appointed by Fingal County Council to conduct the breeding gull survey over the next three months.

FCC executive parks superintendent Hans Visser said: “We commissioned this survey to get a better idea of the number of gulls in throughout the three seaside areas.

“This will allow us to track any fluctuation in the gull population as well as their breeding and nesting habits.”

Michael Bailey is the ecologist working on the project and any observations can be submitted to him by emailing michael.bailey@rod.ie.

‘Storm thrill seekers should be prosecuted’

29/05/2014
We use cookies to ensure that we give you the best experience on our website. If you continue to use this site we will assume that you are happy with it.Ok