Residents of a Fingal village with a population of around 100 people, Coolquay, are set to seek legal advice over a decision to move 50 Travellers to a halting site in the area.

Councillors voted overwhelmingly in favour of the proposal to accommodate a family vacating a site at Collinstown in the path of the new runway at Dublin Airport.

Almost 650 submissions were lodged to the draft proposal, resulting in the debate being deferred for a month. Just five of Fingal’s 40 councillors voted against it.

Some objectors claimed they were denied access to the public gallery at Monday’s full council meeting and accused officials of treating their concerns lightly.

They believe the remote site near the Meath border poses a serious flood risk and suffers from a lack of transport and school facilities.

After the lengthy council meeting, Coolquay Rural Community group said: “The councillors voted to support the halting site despite the flood issues raised by locals.

“How can Fingal County Council have gotten it so wrong, and now the councillors accept that the rushed proposal published last Thursday four days before this vote is correct?

“The community is extremely disappointed in this result and would like to thank the five councillors who voted against it.

“We are deeply insulted at the council’s decision to deny our community access to the public county council offices.” 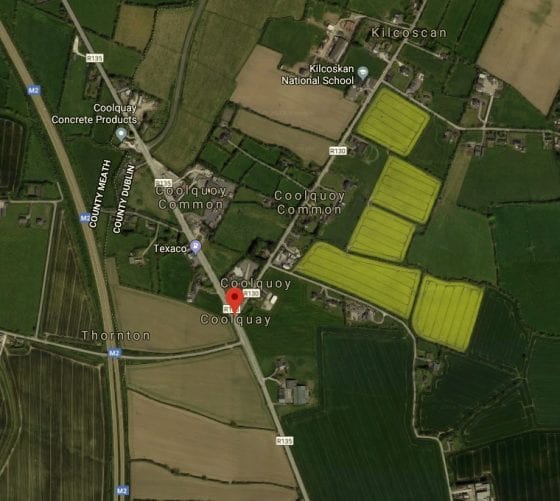 Officials outlined amendments to the original plan – including elevating the site to protect against flooding from boundary streams and a tributary to the River Ward.

Objectors argue the site is a flood plain absorbing run-off water from surrounding streams and warn that unless adequate sewerage treatment is provided, it could have serious consequences for the Malahide Estuary.

But Cllr Paul Donnelly (SF) cautioned against rejecting the proposed development and said the local authority should ensure it was supported.

The new halting site is needed by next January to accommodate the extended McAleer family who have lived in a council-run halting site on Dublin Airport Authority land for the past 30 years.

The Family Stone – happy to roll along

Kinsealy family find out what planet they are...

Removal of ‘Seabees’ in Portrane condemned by Fingal...

All you ever need to know for...

17/03/2016
We use cookies to ensure that we give you the best experience on our website. If you continue to use this site we will assume that you are happy with it.Ok