Clonsilla Lodge – another piece of local history trampled on 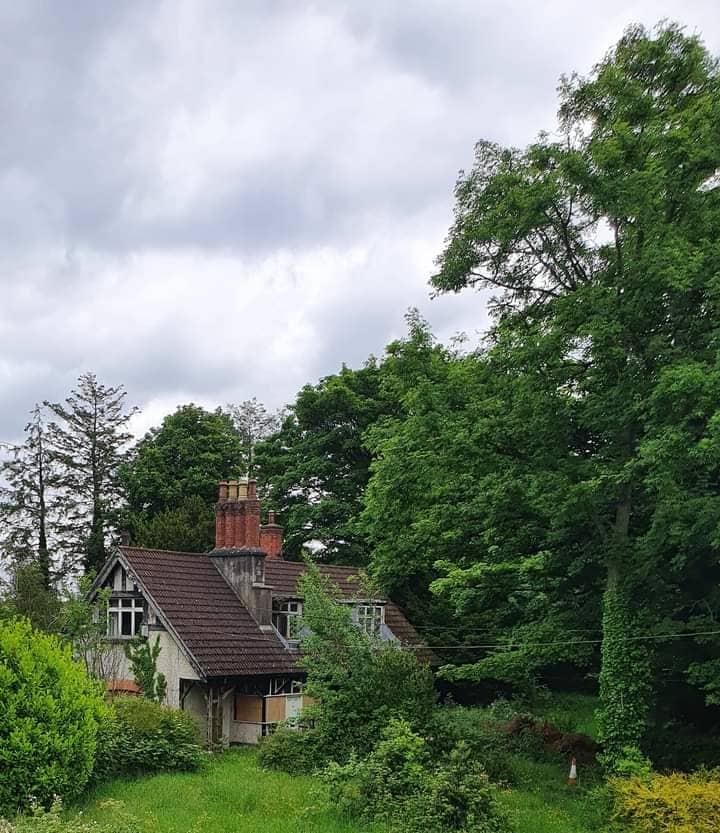 For many, the old Clonsilla Lodge is the last remaining link to the Hollwey Steeds family (or Hollaway Steeds), the family name being best remembered for the infamous ‘Clonsilla Poisoning’ in 1887.

Thirty eight horses belonging to Captain William Hollwey Steeds were poisoned of which 13 died. It was believed that the horses, which were generally used to take tourists out to Bray, Glen of the Downs and Greystones, but also used with The Meath and Ward Union Hunts, were poisoned as a rebellious act during the Land Wars when hunt horses were targeted.

The original main house on the family estate was knocked to accommodate the Portersgate estate.

Many local residents and county councillors were saddened to see the planning application to Fingal County Council to demolish the existing lodge house and build apartment units on the site.

“Captain Steeds’ initials of WEHS can be seen on the cottage chimney (above) by the Church View triangle near St Mary’s Church,” said one irate local on learning of the planning permission being granted.

“Sadly, Clonsilla House was not a protected structure back in the day – and it should have been – the family were very generous to the community and left a substantial bequest to St Mary’s Church of Ireland (enough to provide an organ, stained glass window and panelling for the church).”

Another resident, Christine McMahon, a native of Ballyfermot who moved to Clonsilla 33 years ago, feels the demolition is another part of local history trampled upon.

“The neighbours and I, we love that little bit of history behind us as we live on the little laneway behind the lodge,” she said. “It’s such a shame that this part of Clonsilla’s history is not being retained.

“I and my husband have appealed the decision to ABP. The builders have paid over €2m for the property so they’re not going to lose a sizeable portion of the site but it’s a shame the council didn’t step in before now and retain the lodge.”

She noted that Lidl moved into the corner area years but didn’t maintain the mature hedge row. “That’s a shame, the rural resources in this area is being lost at every opportunity!

“I am not objecting to apartments being built behind me, I have a son living in Portersgate but I just feel that we are always losing historical and environmental resources to residential development. It shouldn’t be one or the other. We could maintain the lodge as a community facility with the remaining grounds to be developed.”

“The current Fingal Development Plan 2017-2023 provides several safeguards and protections for Clonsilla known as objectives,” she said. One of those objectives (Clonsilla 2) for mixed use and residential provision was that new developments would not exceed three storeys in height.

“This objective was taken and accepted into the Development Plan further to my own motion which was passed during the debate. Clonsilla 4: Protect the historic character of Clonsilla Village by conserving old houses and cottages and only permitting sensitive development.’

“Planning permission granted by FCC clearly contravenes these two specific objectives! I genuinely worry what the Development Plan, as a guide for development of the area, really aims to do and what does it want to achieve.

“What is the point in the time spent devising a suitable development plan for the area when it can be so easily ignored?  A third party appeal has been made to An Bord Pleanála.”

Cllr Doyle noted she was the only elected member from D15 to make a submission at both the initial planning stage and in support of the third party appeal.

“I see absolutely no reason why the existing cottage could not have been restored and integrated into the development. An existing example of where this has already taken place is Phibblestown House (also D 15.

“There was simply no lateral thinking applied by the developer.”

Fingal County Council granted planning permission to Deanbay Ltd to demolish the house and outbuildings in June last and granted permission for the construction of 59 units and associated site works. The case is due to be decided by 13/10/2022 – ref no PL06F.313792

Is there a point to the Spire or should we A-Sure for something more?