Long serving employees of Peter Mark in Blanchardstown were this week honoured at a special awards ceremony in Dublin marking their contribution to the company.
The Peter Mark Long Service Awards took place at Smock Alley Theatre and recognised 300 employees in the Leinster region who have worked at Peter Mark for 10 years or more.
Of the 300 honoured, the average length of service was 17 years but many were celebrating several years more.
The first Peter Mark salon was opened by brothers Peter and Mark Keaveney in 1961 on Grafton Street. Their second salon in 1964 and their third in Stillorgan in 1966. Their first unisex salon opened on North Earl St in 1970 and the following year they opened their first training centre at the same location.
Peter Mark currently have three locations in Blanchardstown, with branches on Level 1 and 2 of the Blanchardstown Centre and a location in Blanchardstown Village. 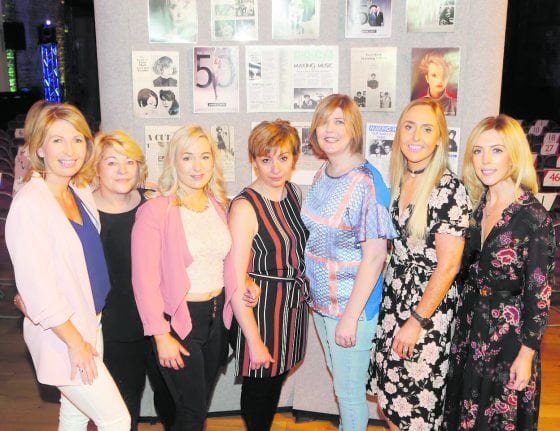 Speaking at the ceremony, Peter O’Rourke, CEO of Peter Mark said: “As a business built on people, today is a really special day for us.
“We are delighted to celebrate our loyal employees and recognise those who have been with us for over a decade to those who have been with our business for 40 years or more.
“Of everyone in the room, the average length of service is 17 years which is a massive achievement in today’s world.”
“We place huge importance on attracting and retaining top talent and we have an excellent track record in this area.
“What makes us unique in the industry is the emphasis we put on training and continued career development. In a creative industry, such as ours, it’s important to never stand still.
“We run a world class training programme which ensures our team are continuously learning and upskilling throughout their career.
“We have a wealth of talent and experience within our company who are now training the next generation of professional hair stylists coming through our doors.
“I would personally like to congratulate everyone who was honoured in our ceremony today and look forward to celebrating with them again at the next milestone.”

31/10/2013
We use cookies to ensure that we give you the best experience on our website. If you continue to use this site we will assume that you are happy with it.Ok