There were heated exchanges at a meeting of Fingal County Council last week after Mayor Mary McCamley ruled a discussion on the referendum out of order.

The council has been criticised for enforcing a policy banning the use of community halls for political gatherings which it says applies to referendum campaign groups.

The Social Democrat members wanted to discuss the issue, but less than two minutes into the meeting Mayor McCamley said: “I’m not allowing it.” 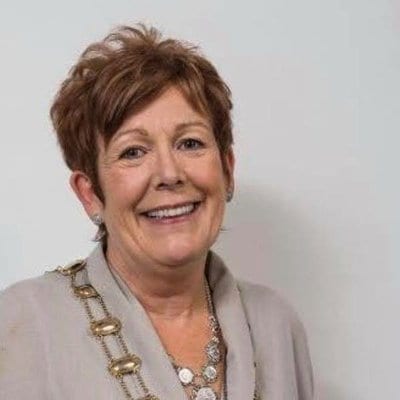 She added: “This instruction is part of the policy of Fingal County Council since 2014. It wasn’t approved by this chamber, it’s part of the executive [manager’s function].”

Cllr O’Callaghan said: “To me, that is an attack on democratic participation. I think councillors here should be given a choice as to whether or not they agree with that policy.”

However, Cllr McCamley stood firm and reiterated: “I’m not discussing the motion, Councillor. You can put it through the SPC [strategic policy committee].”

Cllr Daire Ni Laoi (SF) said she had raised the same issue at an Area Committee meeting and was asked to withdraw it on the understanding that it would be discussed at a full council meeting.

She said: “I withdrew it because of that assurance.”

Cllr Mulville said: “It’s coming up imminently in respect of the referendum so it needs to be discussed.”

But his plea fell on deaf ears as a tetchy Cllr McCamley stuck to her guns and said: “I looked at the Standing Orders and it’s not going in. You either want a mayor or not.”

Cllr Matt Waine (Sol), who also tried to raise the issue in the council chamber, took to social media to vent his fury.

He wrote: “Very disappointed that the Mayor … refused to hear an emergency motion seeking to discuss the directive issued by the council to the managers of the various community centres, instructing them not to take bookings for public meetings on the referendum.

“Together4Yes sought to host a series of public meetings … Despite a couple of centres indicating a willingness to host the meetings, they were then contacted by Fingal [County Council] informing them not to do so.

“It is incredible that Fingal [council] management think this is appropriate and democratic.”

The countdown is on, four days until...

16/09/2019
We use cookies to ensure that we give you the best experience on our website. If you continue to use this site we will assume that you are happy with it.Ok