Fury over plans to move halting site to Fingal/Meath border

Opposition is mounting over plans to move 50 Travellers into a halting site in a rural location near a village on the Fingal/Meath border.

Residents voiced their anger and frustration at a public meeting in Coolquay on Monday where the council’s proposal was described as “lazy and flawed”.

The Travellers are being moved from their home of 30 years on land owned by Dublin Airport Authority in Collinstown to make way for a second runway.

But Fingal County Council’s plan to relocate them to a 10-bay site on land near Coolquay village, deemed a flood risk and with a rural zoning, has caused uproar. 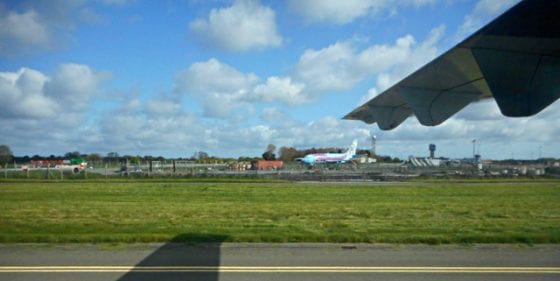 Cllr Anne Devitt (Ind), who attended Monday’s meeting, told Dublin Gazette: “There is an urgent need to house this family. But this site is not suitable.”

She added: “It’s in breach of our Development Plan. You wouldn’t take 10 houses from the settled community and put them into this site. I believe it is a sleight of hand on behalf of the council.”

Cllr Devitt said there are already a number of Traveller families living in the Coolquay area and the objections are not anti-Traveller.

She said: “It is a wet site and you’re not supposed to build on a flood plain. There are questions to be answered by the council.”

The issue will come before a full meeting of Fingal County Council next month and the deadline for submissions is next week.

Members of the St Margaret’s The Ward (SMTW) residents’ group warn that flooding could impact on Malahide Estuary and the waste water element of the plan is in breach of Environmental Protection Agency guidelines.

SMTW spokesperson Pauline McGuinness told Dublin Gazette: “We feel aggrieved with the lack of proper consultation by the non-elected executive of FCC in developing plans for this site.

“It’s going to have a huge impact on us and on residents living on the Meath border. It’s a council vote only, and there’s no appeal to An Bord Pleanala.”

Ashbourne Cllr Alan Tobin (FF) has warned that the move is an attempt by the council to move the group “to the furthest away point they can”.

Cllr Joe Newman (Ind), who also attended Monday’s meeting, said he had taken the residents’ concerns on board and would “follow through with it”.

Fingal County Council has stated that a “comprehensive” flood risk assessment was carried out and details of the proposal are available at its offices or website.

Apartment scheme in Swords ‘last chance’ to get...

Embark on your own tree walk around Fingal...

Work on ghost estates pays off