A number of housing estates in Dublin 15 are now 30km/h zones after the local authority reviewed the speed limits in the area.

Welcoming the move, Cllr Tania Doyle (Ind) stated: “As a member of the Transportation Strategic Policy Committee I have vociferously lobbied for limit reductions.

“Traffic within the Dublin 15 area has grown and I have [been] calling for greater provision being made for pedestrian safety within current and future development.” 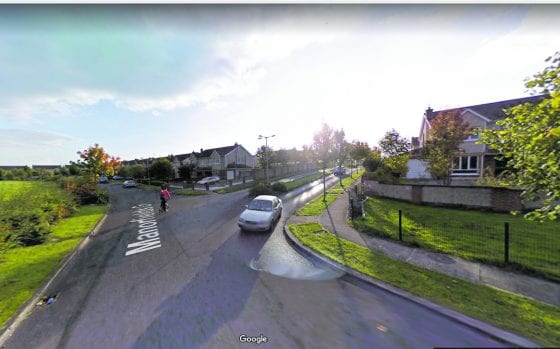 At an area meeting of Fingal County Council last week, Cllr Doyle asked that a traffic management plan be undertaken on the R121 and side roads in the vicinity of St Mochta’s NS.

She warned that student numbers were set to rise and this would exacerbate an already dangerous situation during drop-off and collection times.

Cllr Doyle asked that “special consideration is given for those of the community with additional needs”.

The council agreed to carry out a survey of the Clonsilla Road at the school to “determine what traffic measures, if any, are needed in the area”.

The local authority also agreed to install a yellow box junction in the northbound lane outside the exit of Scoil Choilm and Luttrellstown Community College onto the Porterstown Road.

The request came from Cllr Roderic O’Gorman (GP) who argued that since there is already a yellow box junction in the southbound lane, one on the other side of the road would facilitate the one-way system and reduce risk.

The council report stated: “The installation of this yellow box will be included as part of the next lining contract, subject to An Garda Siochana approval.”

Speed ramps will also be considered on the Roselawn Road between the health centre and the Clonsilla Road, at the request of Cllr Matt Waine (SP).

The council stated: “Roselawn Road currently has a number of ramps located on it. The area between the Health Centre and the Clonsilla Road has been assessed.

“Following this, additional ramps will be listed for consideration as part of the 2019 Programme of Works within Fingal County Council.”

‘Not all children are equal’ says frustrated mum.

Second runway is cleared to take off

Have you seen missing Gheorghe Virvara from...