After a decade without progress, work has finally begun on the regeneration of the site of the former O’Devaney Gardens block of flats in the north inner city.

In the first phase of the development, it’s expected that 56 social housing units will be constructed on the site of the former flats, with a total of 600 homes to be built overall on the 14-acre site.

A sod-turning ceremony was held last week to officially announce the long-awaited regeneration. The development will take place over a number of years, at a cost of more than €100 million.

Speaking at the event last week, Cllr Janice Boylan (SF) said she believes the regeneration will “transform” the local community. 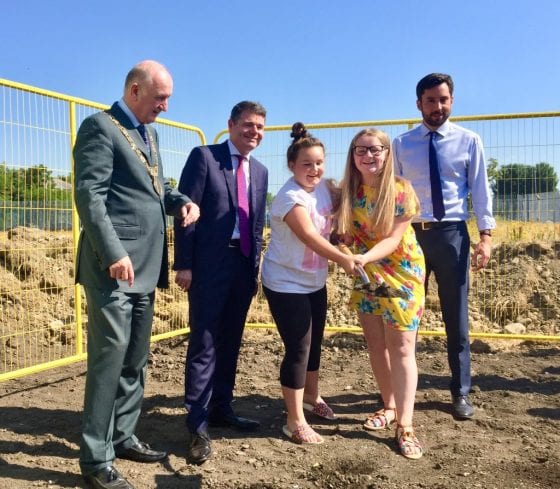 She said: “As someone who grew up in this area, I saw first-hand how it was decimated when residents were forced out of the old, worn-out flats.

“I’m delighted to have been associated with this significant project which, I feel, will transform the local community. I look forward to seeing the construction work complete and families beginning to take up residency again in the area.”

O’Devaney Gardens was first built in 1954 and was one of the public-private partnership collapses during the economic downturn in 2008.

Former residents of the 278 flats were moved to other areas of the city centre between 2006 and 2008 and were reportedly told they could return to the development once their regeneration was completed.

It is expected that 30% of the new development will be social housing, 20% will be ‘affordable’ housing, and the other 50% will be private homes.

Former residents of O’Devaney Gardens have said on social media that they won’t be able to move back to the area.

One resident said on Facebook: “I would love to move back into where I am from, but can’t because of how much they’re looking for [for the new homes].”

The level of housing in Phase One of the development has been heavily criticised, as more than 7,000 people remain on the waiting list for public housing in Dublin Central. 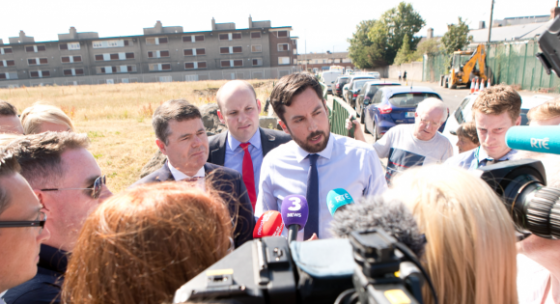 Mary Fitzpatrick, a general election candidate for Fianna Fail, said that the development of the site will “take more than opportunistic photo-ops and sod-turning ceremonies”.

She said: “We had all hoped locally that we would see a building programme announced that meets the varied needs of our community.

“This is State-owned land; it should be used for the benefit of the people and we simply cannot wait another 10 or more years for the site to be properly developed.

“[This] photo-op will come as a disappointment to the more than 7,000 people waiting for public housing in Dublin Central.”

‘We can’t step out, so step up and fix unsafe balconies’ say Clonee residents