A new group has been established with the aim of providing ‘unbiased’ information on the merits of the Metrolink project, in the midst of a hurricane of controversy on the plans for same.

Dublin On Track aim to “engage with those sceptical about the merits of building MetroLink and the emerging preferred route”.

The group aim to “counter the misinformation and negative portrayal of MetroLink”, saying they believe negative coverage of MetroLink may lead to the project being scrapped, or left with a line that is “unfit for purpose”.

The group says: “The Na Fianna issue is only the first hurdle and it appears the project is already stumbling to get over that, so now it looks like it has to go around. 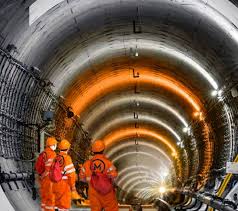 “Thanks to public pressure, there will surely be many more issues like this and if MetroLink keeps going around the issue then we may either end up with a line that is unfit for purpose or no line at all.”

At present, several sports clubs including Na Fianna GAA and Home Farm football club, residents and local schools are enraged with the proposed routing of the project, which would result in the displacement of sports teams and pupils during the construction of the route.

Last Thursday, hundreds of children from Scoil Caitriona and Scoil Mobhi formed a human chain to highlight the impact that the MetroLink construction would have on their schools.

An Taoiseach, Leo Varadkar, has also said he is “very concerned”, suggesting that the national Transport Agency (NTA) find “an alternative option” whilst discussing in the Dail the impact it may have on the community in Glasnevin.

When contacted about the Taoiseach’s comment, a spokesperson for the NTA told Dublin Gazette: “The consultation process around the MetroLink emerging preferred route will continue until May 11.

“We are happy to consider all submissions and proposals that we receive, and we have made a commitment to report back as soon as practicable after that date.”

Deputy John Lahart (FF) has said if the preferred route is given the go-ahead, it will “inevitably shut down” an entire north Dublin community.

He has called on Minister for Transport Shane Ross to clarify the proposed route for the sake of the local community.

Deputy Lahart said: “The community … are still left with many unanswered questions, particularly the variations in maps of the route.

“The Minister [Ross] and his department, together with the relevant authorities, have an obligation here to urgently clarify these outstanding matters for all involved.”

Santa warns of Claus for concern over...

29/11/2018
We use cookies to ensure that we give you the best experience on our website. If you continue to use this site we will assume that you are happy with it.Ok