From Notorious to infamous – your thoughts on that bus attack

The whole country was agog late last week at Conor McGregor’s actions in New York – several angles of the ‘Notorious’ one hurling a trolley through a bus window in New York (right), made headlines around the world, drawing widespread sharp criticism at home.

Dublin Gazette asked several Dubs out and about at Grafton Street on Monday their thoughts on the unsettling incident. Here’s what some of you had to say to the following questions:

Eanna Flanagan
1) To be honest with you, I think it’s a bit unprofessional of him, but then again, he’s in the newspapers again, right?
Conor McGregor will do whatever he can to get in front of the media. My opinion is that he’s probably playing it up a bit, and he should be a bit more professional.

But, at the same time, his name’s been spread around the media again, which I’m sure he wants.
2) Not really, no. I don’t think so. Not for me. Not in the way he behaves.
3) I wouldn’t say so. Not personally.
4) I think the power has certainly gone to his head a bit. But, I think he’s always had an aggressive streak to him. I think that’s the way he carried himself before he became famous.
5) I probably would, just to see what the craic would be like! But I’m not sure I’d want to get involved in any of the things he’s been getting involved with last weekend.

Kevin O’Connor
1) He’s a pretty controversial figure usually. He tends to promote himself that way, so it’s 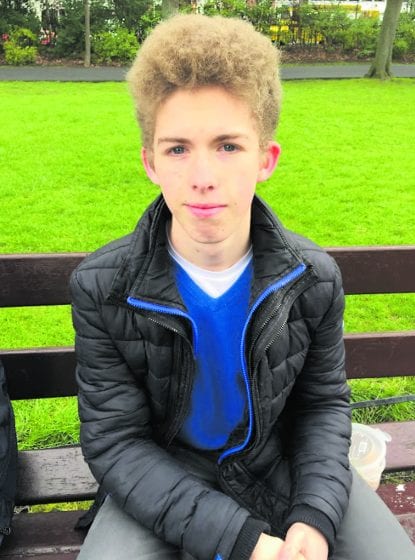 to be expected I suppose.
2) Not particularly – I think he’s a great sportsperson; he’s very capable at what he does and he’s worked very hard to become that way. But, no, he doesn’t act particularly well.
3) If they get inspiration from him, then good for them, but I don’t.
4) I’m sure success has changed him; I think it does that to pretty much anyone who’s successful. But I think he’s earned his success, so good for him.
5) I’ve no opinion either way on that; wouldn’t bother me.

Sean Joyce
1) I can’t say I was surprised – mortified, but not surprised. This stuff just seems to happen around fighters – you don’t see this kind of thing [bus attacks] with golfers or knitters, do you?
2) Of course not! Who wants to send out people talking and swearing like that to represent the country, or making those kinds of headlines?
3) Not any of the young people I know. It’s not about money or fame, but how you behave – I know what my mam and dad would think if I’d done anything like that, or said half of what he’s said.
4) Not really. I’d think he was always like that. Maybe fame just amplifies that behaviour?
5) God, no. And I think I’d be nervous now if I was on a bus and saw McGregor standing outside it – but I don’t think he has to queue for many buses now, with his millions!

When groups appeal for a sensitive approach to the ‘Repeal’ referendum

The Hot Sprockets continue to evolve with psychedelia-tinged third album