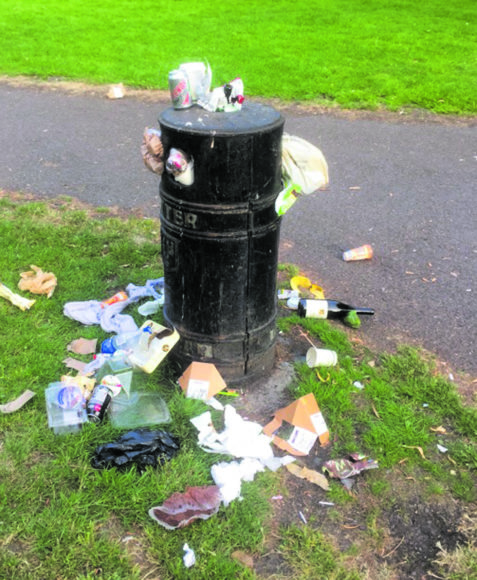 A Dublin TD said more needs to be done to tackle litter and dumping across the city and county.

Fianna Fail spokesperson on Dublin, John Lahart says people are “all too familiar” with seeing rubbish scattered on the city’s streets.

The sight has become the norm for many Dubs, especially in the hot weather when littering and a higher level of waste appears to become more and more frequent. 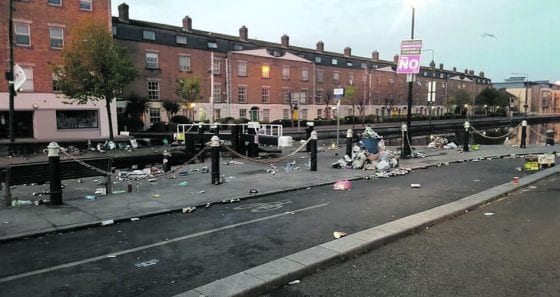 DCC have already come under fire for litter in the city this year.

Deputy Lahart criticised the amount of bin bags that are left on city centre streets as well, saying that the full rubbish bags are left for “hours on end”.

He said: “These bin bags are at the mercy of seagulls, which seem to be growing more aggressive by the day.

“The end result is an abundance of litter and leftover food choking up our footpaths and streets.”

Deputy Lahart has called on Dublin City Council to tackle the problem head-on, and also has put out a call for waste collection companies to be more flexible with their collection timetables during the busier summer months.

He added: “It’s unacceptable that bin bags are left sitting in streets for hours on end awaiting collection.”

The dumping of household waste has also become an issue in areas of the city centre – something which the deputy has said is setting a precedent, and that people in these areas “deserve better”.

He has also said that litter could be having an impact on tourism, if it isn’t already.

Deputy Lahart says citizens don’t want a situation where those visiting Dublin return home and tell others about our developing issues with litter in the city.

He continued: “Dumping of household waste is also becoming a serious issue in certain areas of the city. It is taking far too long to dispose of such waste, which is only exacerbating the problem as it sends a signal that casual dumping is acceptable.

“People living in these areas deserve better. They should not have to dodge mounds of rubbish as they walk to their local bus stop or shop.

“The litter and dumping problem is also having an impact on our local tourism industry. We don’t want tourists returning home and telling their family and friends about Dublin’s litter problem.”