Liberties flea market has to hop from site

A host of markets in the Liberties have been told to leave their current premises at Newmarket Square by June 12.

The owner of a number of properties in the Newmarket Square locality issued the notice to markets who host their events on the premises.

Popular Sunday markets, including the Dublin Flea Market, Fusion Sundays, The Brocante, Newmarket Collective and the Pure Vintage Fair have been given the notice. 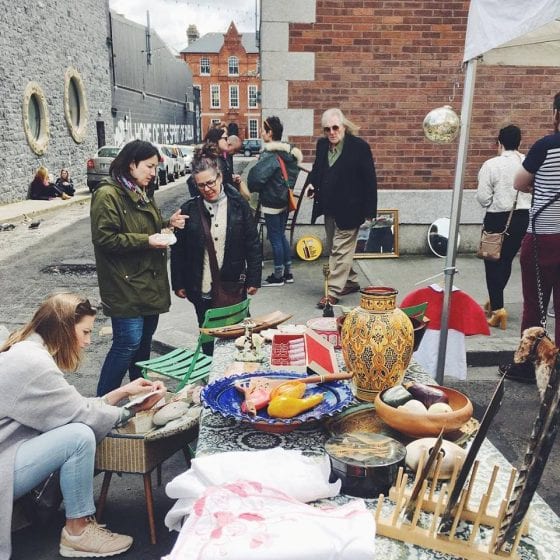 These plans were for several changes in the area, including the building of new offices, a hotel and micro-brewery.

It’s understood that the eviction notices were given to the markets ahead of the levelling of parts of Newmarket Square.

In a joint statement, five of the Sunday markets said they would be “without a home” following news of the demolition.

“Five thriving Sunday Markets are losing their home, as the redevelopment of Newmarket Square in Dublin 8 looms closer.

“The markets – Dublin Flea Market, The Brocante, Fusion Sundays World Culture Market, Newmarket Collective and The Pure Vintage Fair – were given notice to leave the Green Door premises where they were operating from.

“It is understood that the first stages of demolition and redevelopment of the existing units will take place soon after this. The Sunday markets will be in transition from this date and without a home until a new venue is secured,” the statement said.

The five markets are now looking for a new location in the city centre.
Dublin Flea Market, which has been in Newmarket Square since 2008, said it felt “lucky” to have called the local spot its home for the past decade.

It will host its last flea in the current premises this Sunday, May 27.

The market posted on Facebook: “[The five markets] will all find a new home and hopefully bring the community with us. It is definitely the end of an era, but a new one is about to begin.”