Jamie Oliver is bringing a second restaurant to Dublin, and Dublin Gazette can reveal the location will be in the heart of Exchequer Street, Dublin 2.

Jamie’s partner in Ireland, director of Jamie’s Italian in Dundrum, Gerry Fitzpatrick, told us he hopes the city centre location will open in September/October this year.

“We’re really excited about it. It’s right in the middle of the shopping district. It has an awful lot going for it. It has huge footfall.

“It’s Jamie’s first business in Dublin city centre. We’re so excited about it. We could have expanded a lot quicker, but we’ve taken our time to find the right place, and we believe this is the right place.” 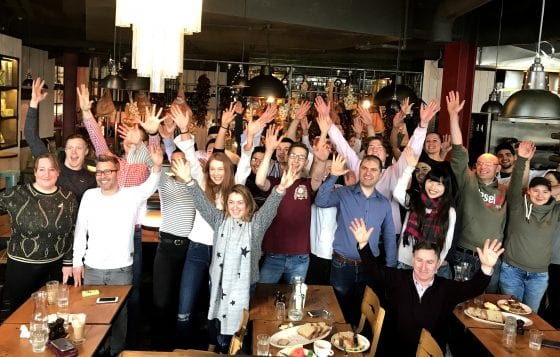 “I’ve always loved the buzzing feel that Dublin’s got and it has a great food scene, too.

“When I first opened Jamie’s Italian in Dundrum, over five years ago now, I was so excited to start bringing authentic Italian food with a twist to the city’s lively restaurant scene.

“My fantastic team out in Dublin have made sure we’ve been going strong ever since – they’re still so passionate about bringing you beautiful, comforting Italian dishes, all made with the best-quality local Irish ingredients we can find.”

Dublin Gazette caught up with Gerry and his team at Jamie’s Italian in Dundrum on their ‘Cultural Day’ on March 21.

Gerry said that sourcing quality ingredients is “everything” to them and a lot of work goes into sourcing them. He said that animal welfare is also very important to them.

He said: “It makes a massive difference – that’s what sets us apart from other restaurants.

“To supply Jamie’s Italian in Dundrum you have to jump through many hoops. You have to prove everything about the welfare of your animal, how many days the chicken is alive, how much time the animal spends outside in daylight, where is it housed in bad weather, what it is fed. So, it’s of huge importance to the restaurant.” 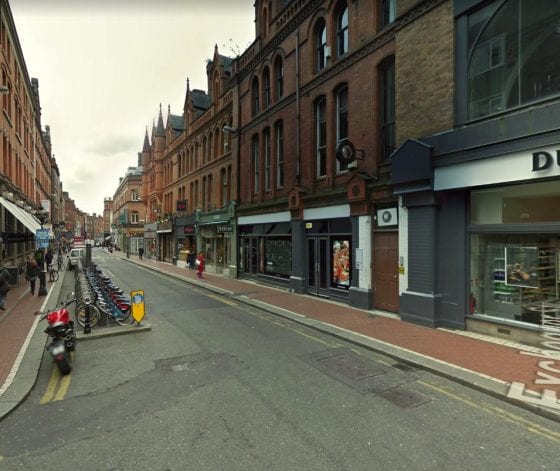 Gerry revealed that their most popular dish is prawn linguine. He said they make the pasta fresh every single morning and explained it has been their “top seller” every single week since they opened in 2012.

Padraic Gilligan from Gilligan’s Farm supplies Jamie’s with beef and lamb. Their business in Roscommon is one of the few family-owned and run farming and butcher operations in Ireland.

The farm has won numerous awards over the years including ‘Best Angus steak in Europe’. They supply top restaurants in Dublin, including Michelin Star Restaurant Chapter One.

Quality is high on Padraic’s agenda, and he told Dublin Gazette what makes his produce stand out from the crowd.

“It’s a number of things. It’s the food that the animals get. We wouldn’t give our animals anything except the best.

“We have the best because we source the best for them. That’s one of the reasons”.

He said another reason why he thinks that his meat is of such a high standard is because he plays music to the animals! He plays a lot of Percy French songs sung by Brendan O’Dowd.

Padraic said they love Irish music especially the song “Are you right there Michael are you right” and he believes the meat is stress-free as a result.
The head chef is Bogdan Constantine. Originally from Romania, he was drawn to Ireland because of his Irish girlfriend.

He has been working in the restaurant for the past eight months and is just back from Britain where he did some extensive training with Jamie Oliver’s restaurant in Leeds.

Bogdan said it was a great experience and is excited to bring what he learnt to the Dundrum branch.

“One of the chefs over there is one of the highest-rated food safety chefs in the UK. I had the opportunity to work with him, learn from him and get advice from him.”

At their Cultural Day Dublin Gazette was told about Jamie Oliver’s beginnings.
Jamie started cooking at his parents’ pub, The Cricketers, in Essex, at the age of eight. 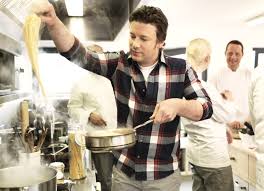 After leaving school he began a career as a chef that took him to the River Cafe, where he was famously spotted by a television production company and The Naked Chef was born.

In 2001 Jamie left The Naked Chef behind when he set up his first Fifteen restaurant in London.

A few years later, he led the call for improved school dinners in the UK, resulting in huge change to the school food system.

Since then, Jamie’s national and international campaigns have continued to revolutionize the way people feed themselves and their families, and to galvanize governments and industry alike to help drive positive change in food education and public health.

Jamie fans will be pleased to hear he has a new book coming out this year called: ‘Jamie Cooks Italy – From the heart of the Italian Kitchen.’
This year celebrates 10 years of Jamie’s Italian.

This complete pick-up will get you noticed

Tributes pour in for Jastine Valdez

24/05/2018
We use cookies to ensure that we give you the best experience on our website. If you continue to use this site we will assume that you are happy with it.Ok