The Irish Youth Music Awards will return to Croke Park on April 21st with it’s biggest line-up so far.

Marking the launch of Youth Work Ireland week, the day will see young musicians aged between 12 and 19 performing across two stages in the stadium on the day.

Thousands of young people participate in the programme each year, which is run through Youth Work Ireland and their 21 services across the country.

Director of the Irish Youth Music Awards, Barry Lennon, said that those participating in the event have been working for the last number of months on learning the whole ‘eco-system’ of the music industry.

“The programme runs across the whole of Ireland, with 15 or 16 regional events taking place across the country. We’re in our 11th year now, and we’ve been working hard to show the young people taking part as many aspects of the music industry as we can,” he told Dublin Gazette. 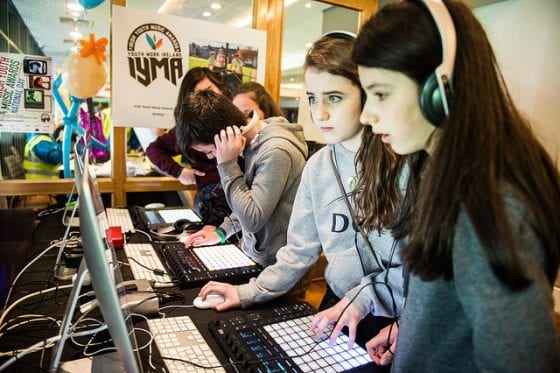 Major Irish music stars Little Green Cars and Orla Gartland, amongst others, will take part in the ‘Education Hub’ at the event, passing on their knowledge and expertise to those in attendance at Croke Park on the day.

“We wanted to get relevant acts that could show young people there’s more than one way of doing things.

“Orla Gartland has over 11 million views on Youtube, and she’ll be able to teach the tools that are needed to achieve success in music through social media which is so important now, there’s no one size fits all anymore.

Tickets for the Irish Youth Music Awards are available from Eventbrite.ie now, priced €20.

Wesley see off Mary’s  to make it two...

High Street Ashbourne bounces back with ‘Trick or...

Lament For A Legend

Council faces 40 years to clear its...