A new Bill has been introduced, designed to give students in student-specific accommodation the full protection of the Residential Tenancies acts.

The introduction of the bill comes in the wake of dramatic price hikes of student-specific accommodation rents in previous months, such as the 27% increase on rents in Shanowen Santry student accommodation which led to protests by DCU students. 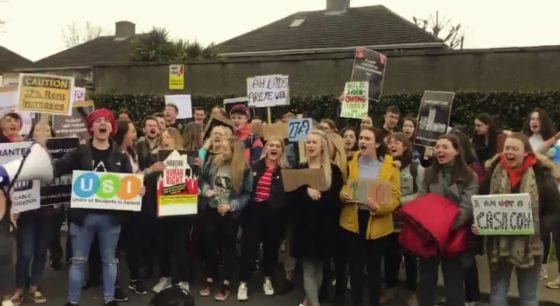 This means students in this type of accommodation are not classed as tenants.

Under the proposed Private Members bill, students would be given the full protection of the law and as a result would be under the authority of the Board.

Dublin has seen a significant increase in the level of student housing in the past few years, with several student-specific developments currently under construction or in the planning process.

Under the new Bill, it will be ensured that students in student-specific accommodation under license agreements will be included under rent pressure legislation, and will have access to the dispute resolution process under the Residential Tenancies Board.

Speaking at the introduction of the bill, Deputy O’Broin said: “We are introducing this bill to rectify what we believe to be an anomaly in the current legislation. 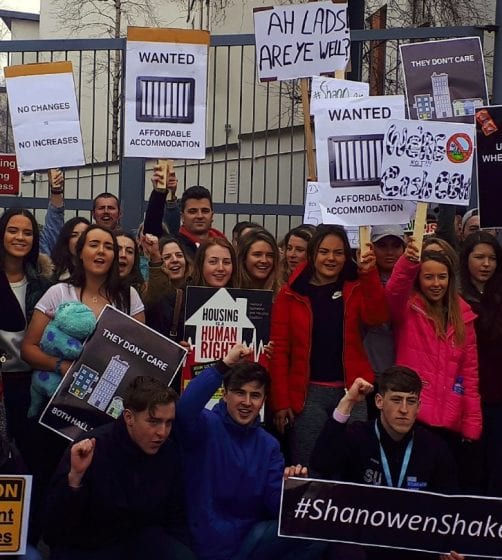 “The DCU students protesting at the 27% rent hikes in the Shanowen student-specific accommodation brought this issue to the fore.

“Since 2014, the reported cost of accommodation for the student term in Shanowen has increased from around €4,500 to nearly €9,000 for next term.

“Students are currently paying €7,000, and when we met the students from DCU student’s union they stated that the rent has increased six times in four years and that they also have to pay ‘non-refundable’ deposits.

“This legislation, if passed, would mean that student accommodation providers would have to adhere to the rent pressure zone legislation.”