Several volunteers will stage a sleep-out at O’Connell Street this Saturday to highlight the ever-worsening homelessness crisis in the capital.

Members of Saoirse – a soup kitchen held outside the GPO every Tuesday – alongside volunteers from other soup kitchens in the capital, will gather at O’Connell Street to spend a night sleeping on the city’s main street.

The night is to raise awareness of the ever-worsening homelessness crisis in Dublin city, with volunteer Stephen Clifford saying the sleep-out aims to have a “visual impact”.

He told Dublin Gazette: “There’re going to be around 40 or 50 of us, and there’s been a lot of support for the sleep-out so far. 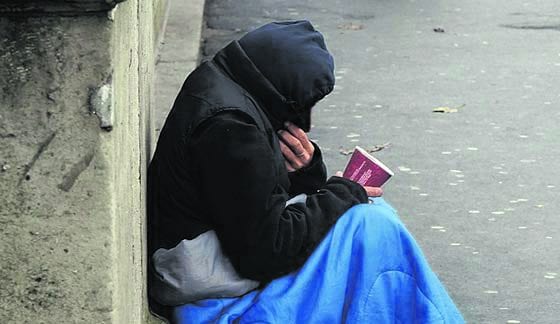 “It’s not a new concept, but we’re hoping that doing it in the middle of O’Connell Street with so many of us will have a more visual impact [than other awareness initiatives].”

The homelessness crisis is one that has taken the capital by storm, and one that Stephen says has an impact in many ways that people don’t even realise.
He’s been volunteering with the Saoirse group since late 2016, and said homelessness levels appear to be worsening.

He said: “Every week we see 100, 200 people come up to our table outside the GPO, and the situation isn’t getting any better.

“We have young families living in B&Bs, or young girls living in hostels that have fallen into arrears that we give bags of food to.”

Saoirse were one of the first groups to enter Apollo House at Christmas time in 2016 during its internationally reported occupation, with Stephen working on security at its gates during that incident.

He added: “I’m not a softie by any stretch, but there were a number of times I went home crying.

“Sometimes people want things you just can’t give them – mams and dads looking for any kind of present to give their children, things like that.

“This service is a lot more than just us giving food to people; some people come for an escape from the life they’ve been forced into, or just for a chat.”

As soup kitchens like Saoirse aren’t registered charities, they can’t fundraise in the same way as other homeless charities might during their sleep-out; they can’t put out a bucket or box for cash donations.

However, Saoirse have an account at Troy’s Butchers, Moore Street, for anyone looking to donate to their cause.

Mosque complex gets the go-ahead

Gardai appeal for information on ‘unexplained death’ of...

Dreaded water charges could be back by...

Burglaries on the up in Glasnevin, says...

04/10/2018
We use cookies to ensure that we give you the best experience on our website. If you continue to use this site we will assume that you are happy with it.Ok