The party’s almost over for our once diverse nightlife

Dublin is starting to lose some of the vibrancy of its nightlife scene, with two of the capital’s most popular clubs facing closure in the coming months.

Clubs such as Hangar (formerly Andrews Lane Theatre) and District 8 in the Tivoli are earmarked for closure, with clubgoers, DJs and promoters alike sounding off on social media, saying Dublin is turning into “one big hotel”.

Producer Tommy Holohan took to Twitter, saying people need to “speak up” about the closure of the clubs.

He said: “I’m not saying we need to go set up decks and have a rave, I just mean as in [we] need to speak up about what’s happening.

“Everyone’s just pretending like Hangar and District 8 aren’t closing and Dublin’s not turning into one big f***-off hotel,” Holohan said. 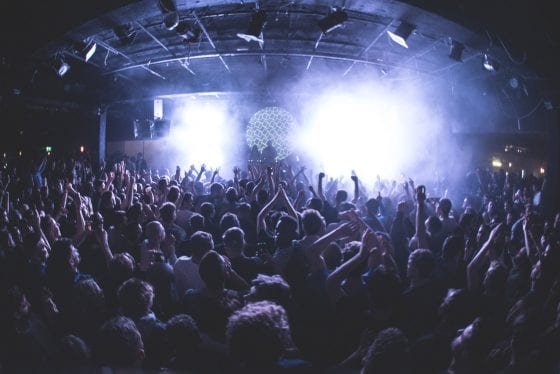 District 8 will close with the news that The Tivoli is set to be demolished to make room for a 289-bed aparthotel.

Hangar is also scheduled to close imminently – the venue was sold for €4.4m in 2016, and planning for a €21m hotel at the site was approved by An Bord Pleanala in March.

The original closure was anticipated for April, though social media users appear hopeful that organisers will relocate to another venue.

DJ Conor Shields says that the closure of clubs in the city is a blow to Dublin’s culture as a whole.

He said: “The closure of both places, like District 8 and Hangar, isn’t just a blow to clubbers, but to anybody who appreciates our city’s culture. I remember my first time in Hangar was for WAR!, a club night targeted towards members of the LGBT community.

“It was these places [like Hangar and District 8] that put on nights like these, not the mainstream clubs. Nights similar to WAR! or the current nights on in these clubs will struggle to find suitable venues once they are demolished.

“We’re slowly losing our culture to make way for chain hotels, and it’s just not acceptable,” he said.

Dublin’s nightclubs are becoming few and far between, with a number closed down indefinitely for renovations, or other venues being closed for the development of hotels.

In the last handful of years, clubs such as Tripod, Crawdaddy, Lost Society and Twisted Pepper have all shut their doors, with little to nothing replacing them.

The mainstays of Harcourt Street – Coppers, DTwo and Diceys – remain open and successful, but there’s seemingly less and less in the way for Techno lovers, or those seeking something other than a ‘mainstream’ night out to avail of.

Council to save €46m in energy bills