A rapper on the rise from Drimnagh will take to the Electric Picnic stage this weekend, after winning a competition on RTE 2fm earlier this summer.

FYNCH, whose real name is Sean Meehan, made his way into the top 10 from hundreds of applicants in a Play The Picnic competition, and will play at 7pm on Saturday in Stradbally.

Sean told Dublin Gazette: “From general applicants, 30 acts are chosen to go into a public vote to decide which acts will play at the festival, with each vote also acting as a donation to the Jack And Jill Foundation – and, for some mad reason, I ended up in the top ten!

“I can’t wait for my set; it’ll be the first festival I’ve played at this summer, so the tension and excitement are palpable.”

Having only kickstarted his musical career last July, Sean finds his inspiration in musicians who – like him – detail their experiences of where they’re from.
He said: “Growing up, listening to Nas invoke Queensbridge, or Mike Skinner run through a week of sessions, it reflected on what I experienced in Drimnagh.

“I can’t help but look at Dublin and feel inspired – there’s a story down every street.

“I only began making music, either as FYNCH or otherwise, last July. I had the idea to start rapping for ages, but never had the ultimate drive to begin.

“Last summer, I just turned 21, quit my job of two years, and was about to go into my final year of college; it was a case of ‘now or never’.”

Sean has had a flying year so far, and a brilliant reception at his gigs, playing shows such as the Red Bull House Party to a rapturous response. He also recently released a new project, MIXVAPE, on District Recordings. 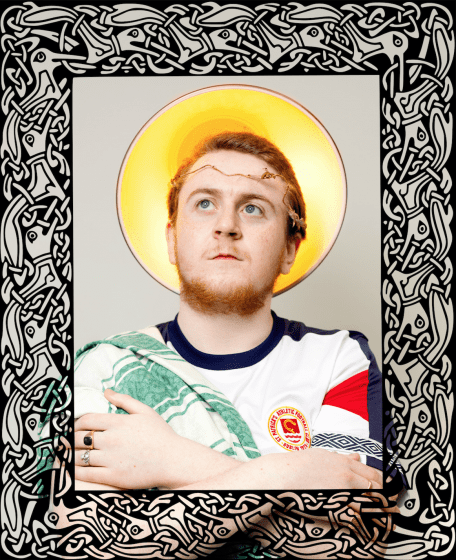 As far as his set at Electric Picnic this weekend goes, Sean said that he hopes people who “usually wouldn’t be privy” to Irish Hip-Hop will see him or other Irish acts, and get involved in the budding scene.

He added: “Because the audience at Electric Picnic is so varied, a lot of people probably haven’t witnessed their local MC, so I hope they come out in support.

“Having seen [rapper] Kendrick Lamar earlier this year, seeing him again is going to be a religious experience.

For further information on FYNCH, check him out here.

Darkness Into Light postponed until Autumn amid Covid-19...