Concerns have been raised once again about public transport in the city.
There has been criticism of the decision of the National Transport Authority (NTA) to transfer seven trams from the Luas Red Line to the Green Line.

The move was made to provide additional capacity to the Green Line after the new longer trams on the line have had to be put out of service due to technical issues.

Fianna Fail’s John Lahart raised the matter in Dail Eireann last week saying: “There are virtually daily delays to services. Since the launch of Luas Cross City Services last December passenger numbers have risen by almost 30% which is pushing trams to operate at full capacity.

“Luas passengers are deeply frustrated that it was well warned these difficulties would occur but that the only fix offered by authorities has been to remove trams from one line.

“It is clear that there are problems with the insufficient capacity of Luas trams that require intervention but moving trams from one line to another will not prove to be a long term or sustainable solution.” 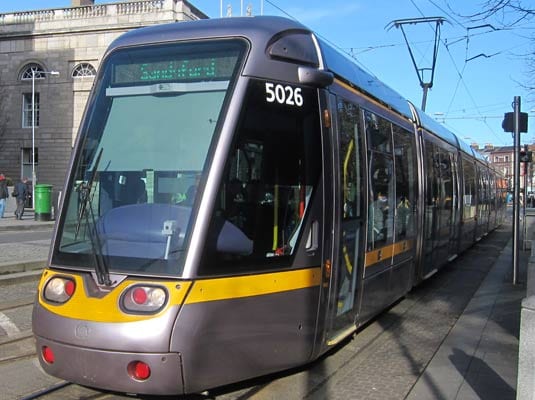 A spokesperson for the NTA said: “The transfer of seven trams from the Red Line to the Green Line actually took place last year in a process that began in September.

“The impact on service levels on the Red Line of the transfer of these trams, has been minimal.

“In fact there are enough trams in operation on that line to cover what is referred to as ‘Peak Vehicle Requirement’ (PVR). PVR is the number of trams required to operate all peak services on any given day.

“Transferring trams from one line to the other as needs arise makes sense if there is a tram shortage on one line, and some spare tram capacity on the other.”

Elsewhere, a local senator has welcomed the proposed MetroLink, saying it will benefit business and commuters across Dublin.

The railway service will run for 26km between Swords and Sandyford, connecting key destinations including Dublin Airport and the City Centre.
There will be stops in Milltown, Windy Arbour, Dundrum, Balally, Kilmacud, Stillorgan and Sandyford.

Senator Neale Richmond said: “MetroLink will provide faster reliable journey times to and from these key destinations while offering interchange with other rail, DART, light rail and bus services.” 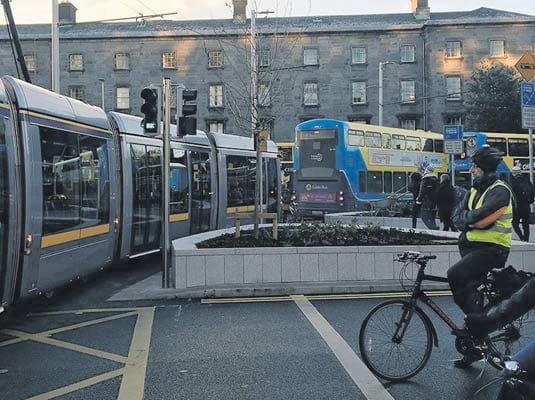 There have been more woes over the city’s public transport, but delight over the Metrolink announcement

There have been concerns about the project, as more than 100 properties may have to be acquired to facilitate construction for the new line, which is due to start in 2021. The intention is to commence passenger services in 2027.

More than €100 million is set to be spent on buying properties, and some affected homeowners have slammed the planners for not giving them enough information.

Parks, memorials and playing pitches will be hit by the works that are expected to last up to six years.

Senator Richmond added now is the time to raise any concerns for the project.

“I would encourage all local people to raise any concerns and have their views heard during the public consultation on MetroLink, which will be held in The Clayton Hotel in Leopardstown on Wednesday, April 18 from 2pm – 8pm.
People can also make their views heard online at www.metrolink.ie/#/register.

Gardai warn of rise of robberies in Rathfarnham

Fun for all as Chinese New Year is...

21/08/2019
We use cookies to ensure that we give you the best experience on our website. If you continue to use this site we will assume that you are happy with it.Ok