Carlton Cinema site to be developed

The historic Carlton Cinema site on Upper O’Connell Street is set to be developed into a new retail development before 2022.

Hammerson, a UK based development company and the team behind Dundrum Town Centre and the Ilac Centre, have announced that ACME architects are set to design the new retail space.

ACME were founded in 2007 by renowned architect Friedrich Ludwig, who is also expected to head up design for the development known as ‘Dublin Central’.

The six-acre area stretches from Upper O’Connell Street to Parnell Street to Henry Street and to Moore Street. Hammerson have planning permission to build a large shopping centre at the site, which is valid until 2022, however it is understood that the development is being scaled down. 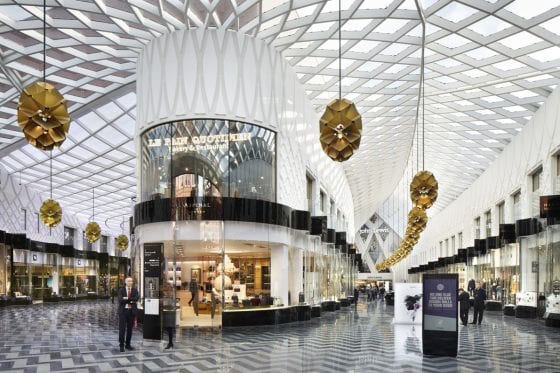 Victoria Gate in Leeds, by Hammerson

Concerns have previously been raised in regard to development so close to the historic 1916 site on Moore Street, given its significance as the spot that the leaders of the Rising met for the last time.

Hammerson have confirmed, however, that they will be honouring the local areas history after meetings with local historian groups and 1916 families.

Director of retail for Hammerson, Simon Betty, said: “Hammerson is committed to ensuring that the future development of O’Connell Street and Moore Street will seek to protect and enhance its unique heritage and connections with 1916, while at the same time, delivering clear economic benefits and employment opportunities locally”.

Richard Guiney from Dublin Town told Dublin Gazette that the business group are ‘very happy’ with the appointment of ACME, and that the development of Dublin Central fits in with plans for the local area.

“Businesses in Dublin 1 have been working on what can be brought to the area, working alongside Dublin City Council, conducting market research to find out what people want to see. We look forward to working with and sharing ideas with ACME. The Dublin Central development can only bring good things for O’Connell Street and the Dublin 1 area,” Guiney said.

The development has been praised by City Centre business groups, saying that it is ‘key’ to realising the potential of O’Connell Street as ‘the jewel in the crown’ of the city centre.

Graeme McQueen of the Dublin Chamber of Commerce has also said that Hammerson’s intentions for the development is a ‘vote of confidence’ in the North Inner City.

McQueen said: “The redevelopment of the Carlton Cinema site will be key to realising O’Connell Street’s potential as the jewel in the crown of Dublin city centre. Hammerson’s intention to redevelop the site are a strong vote of confidence in Dublin’s north inner city. The area is hugely historic, and we look forward to seeing the vision that ACME dreams up.

The creation of a new cultural quarter on O’Connell Street would help breathe new life into Dublin’s north inner city, providing jobs and new amenities for locals and world-class public realm for both Dubliners and visitors alike”.

There are no solid plans yet for when construction on the development will begin. Last year, Hammerson reported that they had made an income of £1.5m from the Dublin Central site.

When groups appeal for a sensitive approach to the ‘Repeal’ referendum

On line eMagazine for dog lovers in Dublin