There has been outrage on social media following a protest held by an anti-abortion group outside three of the capital’s maternity hospitals on Monday.

The protest, organised by The Irish Centre for Bio-Ethical Reform (ICBR), involved individuals holding banners with graphic images of foetuses outside the Rotunda, the Coombe and Holles Street National Maternity Hospital on Monday afternoon.

The protest was condemned by both the Together for Yes and the Save The 8th campaigns, the latter of which have distanced themselves from ICBR’s protest, saying they have asked ICBR to stop the anti-abortion protests.

A spokesperson for Save The 8th said: “We think that what their actions were are insensitive and we would ask them to stop,” stating they are not involved in any way with the ICRB or their protests.

A Together for Yes representative said: “The protests are inappropriate and disrespectful, particularly to women experiencing crisis pregnancies.” 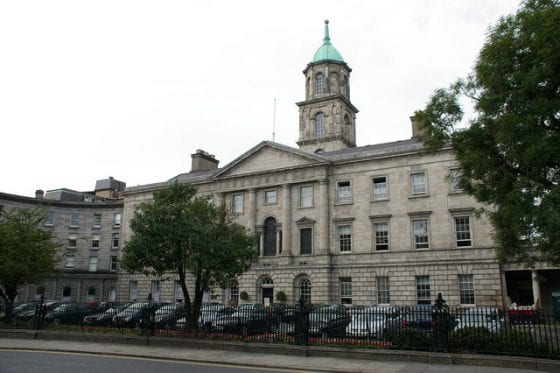 A representative from the Rotunda told Dublin Gazette that groups on both sides of the abortion debate were contacted by the hospital, asking them to remove “distasteful postering” around the hospital, and that it was “very disappointing” they were one of the targets of Monday’s protests.

The representative said: “In the interest and wellbeing of patients and staff alike, the Rotunda Hospital recently wrote to and engaged with campaigners and groups representing both sides to remove graphic and distasteful postering from the vicinity of the hospital.

“Some groups respected the hospital’s wishes and removed posters, for which hospital management is grateful.

“It is now very disappointing that the hospital was the target of quite a graphic and distressing protest yesterday [Monday] evening.

“This protest has caused a lot of upset and distress for patients, many of whom attend the hospital for a number of different reasons, and not just for the happy occasion of giving birth to a new baby.

“Hospital management are now appealing to all groups, once again, to refrain from postering or protesting in close proximity to the hospital for the reasons outlined above.”

The Coombe and Holles Street declined to comment on the protests.
Many took to social media to express their outrage, with users calling the protest “insensitive”, referencing that the hospitals are attended by women who may have recently suffered miscarriages and still births.

Des Earles, on Twitter, wrote: “ICBR with posters outside Holles Street. People are free to give their opinion but surely, they shouldn’t be allowed do it such an insensitive manner. Imagine a woman going in [to hospital] with a miscarriage.”

One woman said she had returned to Holles Street on Monday for a “worrying” gynaecologist appointment, having previously lost a child at 11 weeks. She said she was “bombarded” by the images held aloft by the protesters, who also distributed anti-abortion leaflets to passers-by. 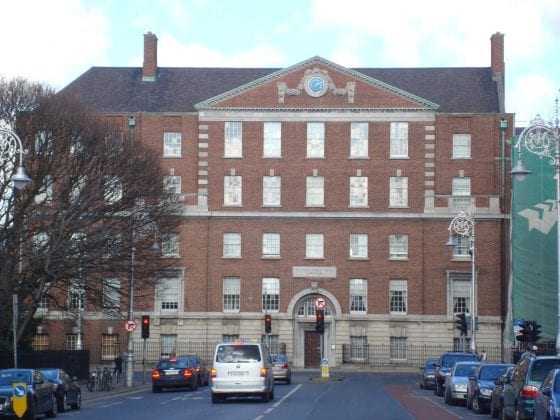 Individuals posted on Twitter saying they had contacted An Garda Siochana asking for the protesters to be removed.

Martina Keogh wrote: “Friend of mine was in The Coombe earlier on. She got some bad news; high-risk pregnancy, possible issues with lining of womb. She was met outside by male ‘No’ campaigners. Seems strange outside a birthing hospital. I called the council and the Garda [to come and] remove them.”

When contacted by Dublin Gazette, An Garda Siochana said they do not comment on material displayed in public by third parties.

In response, a representative said: “An Garda Síochana does not comment on material displayed in public places by third parties, but will respect the rights of all concerned and investigate each case or complaint on its own merits and seek a direction from the DPP.”

ICBR are said to be planning further protests outside the same hospitals later this week, and in the lead-up to the May 25 referendum.

The group had not responded to a request for comment by the time of going to press.

Clonettes denied for second year in a row

Cosgraves butchers a cut above the rest for...

Get ready to holiday again this summer

Unlikely Euros will go ahead in Dublin –...

Carphone Warehouse pulls out of Ireland with 486...

Docklands plan gets a welcome go-ahead

Sculpture for Ballyfermot park by end of...