Dublin City Council (DCC) has come under fire for the cancellation of an event surrounding the Eighth Amendment, as part of the International Literature Festival.

The Question of The Eighth was set to take place later this month as part of the festival, which runs from May 19-27.

It was expected to discuss the making of Mulally’s recently released anthology, Repeal The 8th, as well as protest, how to write about the body and autonomy, and the impact of the movement on arts and culture in Ireland.

In a post to her Twitter account, Mulally said that DCC requested the cancellation of the event, and festival organisers had to comply as DCC fund the festival.

Questioning the motion, and asking the council to reverse the decision, Mulally said she was “extremely disappointed … but this is bigger than just disappointment”. 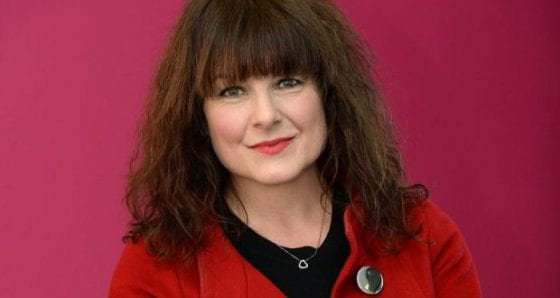 She added: “Why is art and culture reflecting discourse around women’s rights being shut down? It is a ludicrous situation that writers cannot speak about a book and their writing at a literature festival.

“It’s important to clarify that I have absolutely no issue with this excellent festival, and all the great people working on it.

“I am asking Dublin City Council to reverse their decision, and also whether the council has instructed speakers at the festival not to talk about the referendum, which would very obviously amount to censorship,” Mulally said in her statement.

Ray Yeates, Arts officer for DCC, said that the event was cancelled as the council “cannot use public funding to support any side of a referendum campaign”.

In a statement, Yeates said: “As with other public bodies, Dublin City Council cannot use public funding to support any side or appear to support any side of a referendum campaign. Council officials are also bound by the code of conduct for local authority employees to remain politically impartial.

“Scheduling this event as part of a council-funded festival was considered to be inconsistent with the obligations on the council and its officials.

“Dublin City Council wishes to apologise to the event organisers and the patrons who have booked tickets and the writers invited to participate. Those who have bought tickets will be refunded.”

Individuals on Twitter have questioned whether the cancellation is fully related to remaining impartial.

One such user said: “In 2015, the Dublin Gay Theatre festival included a play about marriage equality. DCC provided some funding to the festival. What’s different now?”

A number of councillors have also voiced their disappointment with DCC’s decision, saying that elected members of the council were not consulted ahead of the cancellation.

Social Democrat Gary Gannon said: “[It’s an] incredibly poor decision by Dublin City Council. A worrying precedent that must, and will, be challenged by elected members.

“This decision was made without any discussion with elected members.”

Senator Fintan Warfield (SF) also took to Twitter to say it is “a major concern” that DCC are interfering with the “artistic and cultural independence” of the International Literature Festival.

Castle the kings of Dublin 15

17/07/2017
We use cookies to ensure that we give you the best experience on our website. If you continue to use this site we will assume that you are happy with it.Ok