Glasnevin locals are angry after planning permission was granted for a four-storey apartment block and several houses overlooking the Botanic Gardens.

Locals have said that the new build will “ruin” the award-winning gardens and is out of character with the Edwardian and Georgian buildings in the local area.

The building will be constructed on the existing Addison Lodge pub site, alongside 19 houses as part of the same development.

Dublin City Council previously blocked the development, citing that it was “out of keeping” with other buildings on the road. 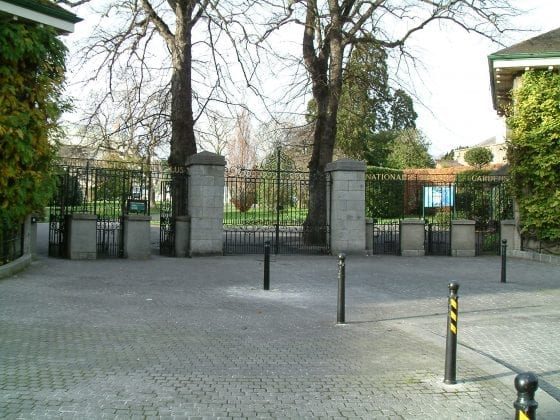 Entrance to the Botanic Gardens

The council also stated that the homes did not adhere to the Dublin City Development plan 2016-2022 and would have been a “substandard development” as a result.

The inspector of the site also recommended for permission to be refused.
In the report, the inspector cites in the conclusion that the proposed build would “injure the visual amenities of the area” and would conflict with standards recommended in the Quality Housing for Sustainable Communities document.

However, An Bord Pleanala granted permission for the development, although a number of conditions are attached, such as informing the planning authority of colours and textures of the external finishes of the homes and ensuring that all parking spaces will be capable of accommodating electric vehicle charging points, as part of the DCC Development plan.

The director of the Botanic Gardens, Matthew Jebb, told Dublin Gazette that the gardens are seeking clarification on the meaning of the conditions.
He said: “At present we are seeking further clarification as to the precise meaning of these restrictions. The National Botanic Gardens have been a significant part of Glasnevin for the past 220 years.

“As with any major historic institution, it is in our interest to ensure that the historic fabric and setting is preserved for future generations to enjoy.”

Criticising the development, Cllr Ciaran Cuffe (GP) said: “It is a fine balance between providing much-needed housing and protecting amenities.

“It is always odd when the Board over-rules their inspector, especially as in this case the inspector was quite forthcoming about the deficiencies of the scheme.”

Go-ho-ho and join a Santa Cycle for...

19/04/2018
We use cookies to ensure that we give you the best experience on our website. If you continue to use this site we will assume that you are happy with it.Ok