More than 1,300 people may lose their front gardens as part of plans by the National Transport Authority (NTA) to introduce 16 new high-speed bus corridors in the city.

It is believed that the NTA will try to acquire these gardens through compulsory purchase orders, as part of new core bus corridor routes that were revealed in a report last Tuesday.

Under the plans, there will be 16 new high-speed bus routes created across the city, with 230km of bus lanes and 200km of cycle lanes to be built over the course of a decade.

There will also be a new, simpler fare structure for bus users, with a new ticketing system set to be introduced, as well as the ability for passengers to pay with credit cards and mobile phones for more convenient payment.

However, the NTA warned that because there is “so little unused space” along some of the desired routes, that it will “often not be possible” for the new bus and cycle lanes to be constructed in the width available, suggesting that extra land will need to be purchased. 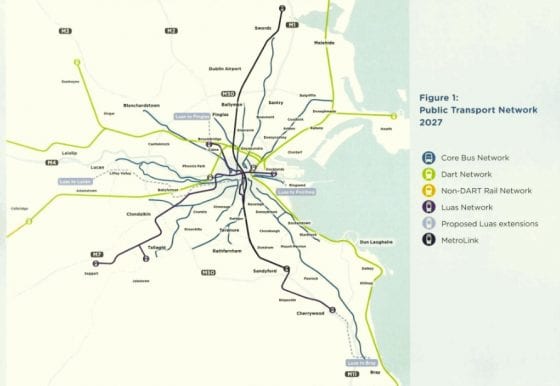 City-based TD Deputy Noel Rock (FG) has said that in the report, specific properties that will be affected aren’t outlined, with only the impacted roads being detailed in the report.

Deputy Rock said: “The NTA intend to announce this plan, yet have not informed residents affected, and have no plans to do so before then.

“Similarly, their own report doesn’t outline exactly which properties will be affected by the acquisition; rather, it only outlines the roads affected.

“This means instead of 1,300 households being informed on this matter and becoming concerned due to the lack of direct engagement from the NTA, it will be a multiple of several times that.”

In the report, the NTA said: “Every feasible option will be looked at to minimise the disruption to people, their properties and the wider local community.

“Where there is simply no viable alternative, and where we know we have to remove trees, parts of gardens or parking, we will ensure appropriate mitigation measures are put in place.”

They have also acknowledged that the impact of the project “will mean different things to different people” and that this is why they are “stating [the issues] clearly at this early stage”. 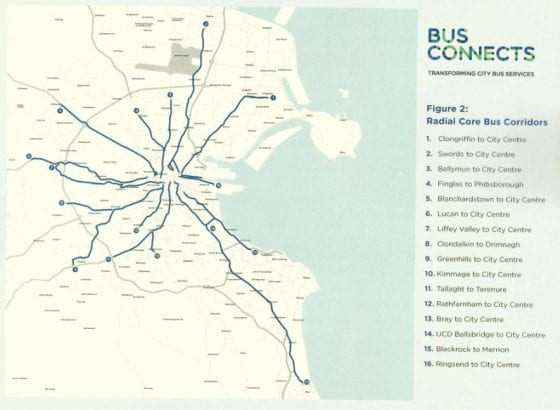 Labour spokesperson for Transport, Kevin Humphreys, said that the NTA need to “learn from previous mistakes” and engage in active communication with those impacted.

He said: “Congestion is a growing problem across the country, but particularly in the Dublin city area, so it is welcome that investment will be targeted to address this. The needs of cyclists, and bus routes must be addressed.

“The NTA must learn from previous mistakes and engage in real consultation and engagement with those impacted by the proposals.

“Well over 1,000 homes will be affected and private traffic may also be rerouted through what had previously been quiet roads. If those impacted and affected aren’t properly engaged with, that public confidence can be quickly lost.”

However, representatives from the Green Party, including City Cllr Ciaran Cuffe and party leader Eamon Ryan, have welcomed the introduction of low-emission buses in the plan, as well as the introduction of cycle lanes in conjunction with the new bus lanes.

Deputy Ryan said: “These proposals contain positive opportunities, for cleaner air, safer streets, calmer and more affordable journeys. Shifting trips to walking cycling and buses from cars is a positive for all.

“The challenge is to reverse decades of the wrong strategy and produce redesigns to prioritise walking cycling and public transport. We should not underestimate that challenge, but we know that delivering a cleaner healthier, happier city is worth it.”

South Dublin Green Party Deputy Leader Catherine Martin welcomed the Core Bus Corridors Project report, but said it is essential that both land-owners and transports users have their say in the planning process.

“In some instances, improvements in bus services can be achieved by diverting or restricting cars at peak times rather than by road widening.

“Road widening can be devastating for householders and businesses and will have to be carefully assessed to determine if it is the right solution from a social or economic point of view.”

Deputy Martin also said that it is crucial that congestion on the M50 is tackled.
“A reliable bus alternative needs to be provided and this requires high quality orbital bus routes to be brought in sooner rather than later in the process, particularly in Dublin Rathdown.” 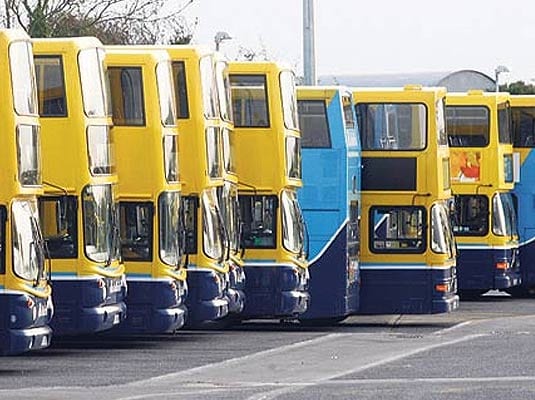 The city will see a major overhaul of the bus service.

Fianna Fail councillor for Lucan Ed O’Brien has called on the NTA to provide clarity on its plans to roll out the Bus Connects project.

While welcoming the fact that Lucan has been included in the plan, Cllr O’Brien expressed reservations about suggestions residents may lose part of their gardens or parking spaces.

He said: “This is a welcome plan if it’s operated properly and should see an increase in the number of buses servicing Lucan as the turnaround time will be reduced; however the NTA have given very little detail about the routes in Lucan affected and whether there will be an impact on the gardens and parking spaces of residents of Lucan.

“It has been suggested that up to 1,300 houses in Dublin will be impacted by the transport plan but the NTA have not identified where these homes are located.”

Cllr O’Brien has been critical of the lack of a coherent plan from the NTA and government to tackle chronic traffic congestion in Lucan and said the plan will receive a cautious welcome from him.

“The plan could be terrific for those commuters working in the city centre; however it still does nothing to deal with the thousands of residents in Lucan working anywhere other than the city centre who must rely on their cars.”

Speaking to Dublin Gazette, Minister for Transport, Shane Ross, said: “This is the way forward. This project will ensure that Dublin will have a public transport system to rival any in Europe.

“Yes, there will be disruption, but it will be well worth the effort in the long run.

“I strongly urge people to check out the Bus Connects website for yourself and join the discussion. This is your city, we need your help to develop it.”

— With additional reporting from Mark O’Brien and Rebecca Ryan

Inside Out & Beyond exhbition to open at Botanic Gardens