Scramble for DCC to introduce laws on motor bikes

A man remains in a critical condition in hospital after a scrambler bike drove over the brow of a hill and landed on him while he was sunbathing last weekend.

The incident took place in Darndale Park and saw the 39-year-old receive serious head injuries. He was rushed to Beaumont Hospital, was still in hospital at time of going to print.

Following the incident, councillors have condemned scrambler-type vehicles and are calling for regulation on the motor bikes.

Gardai in Ballymun seized several scramblers on Tuesday following the incident, reminding the public that insurance and an up-to-date driving licence are required to drive the vehicles. They have also put out a call for any information on the incident in Darndale.

People Before Profit councillor John Lyons has called on Dublin City Council to ‘tackle’ the problem. Cllr Lyons also said there is a ‘serious physical threat’ to the public because of the ‘high speeds’ of the bikes.

Gardaí from Ballymun seize scramblers in the Ballymun area this morning. Please remember if you are driving a scrambler in a public place you must have a current driving licence & insurance. pic.twitter.com/orVbRaC435

“Despite the many pleadings by residents, communities, and elected representatives for serious measures to be introduced to address [scrambler bikes], the use of these bikes in public parks has persisted to become an even greater nuisance to communities and serious physical danger to individuals.”

“Many people will not be surprised by the incident, as there have been many previous near-misses” Lyons said.

Cllr Lyons brought an emergency motion to Dublin City Council on Monday, calling on the Ministers for Justice and Transport to take urgent action regarding scramblers. He was supported by a number of councillors, including Fianna Fail’s Daithi de Roiste and Independent councillor Noeleen Reilly.

TD Sean Haughey (FF) said that it is ‘sad’ that it takes tragic incidents for people to realise that firmer legislation is needed. 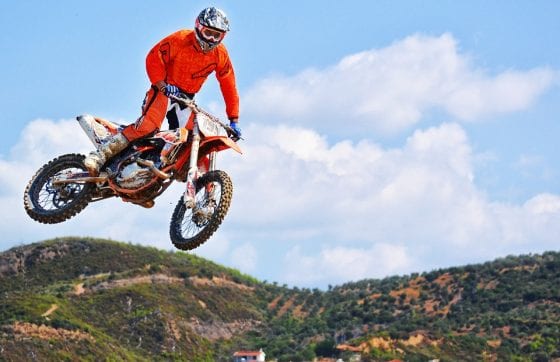 Deputy Haughey said: “Sadly, it takes incidents such as the one which happened in Darndale at the weekend, for us to stop in our tracks and recognise the need for a stronger legislative framework to protect those that insist on using them, particularly young people that are unsupervised by an adult.

“We need to see greater enforcement and compliance with the existing by-laws, so people are more likely to heed the dangers of improper use.”

Fusion music for the masses

Airbnb’s impact on the rent market a...

Big boost for Ballymun and Santry as...

23/08/2018
We use cookies to ensure that we give you the best experience on our website. If you continue to use this site we will assume that you are happy with it.Ok