An ‘END of JC’ night specifically for 3rd Year students was cancelled on Tuesday, after the sudden closure of Hangar on Andrews Lane in May.

Prior to this, parents had said there was no communication from the event organisers, Stomp, regarding the event.

Mary Hanrahan – the outraged mother of a student, who had tickets to the event – said that the last piece of information from Stomp was when tickets would go on sale, back in April. 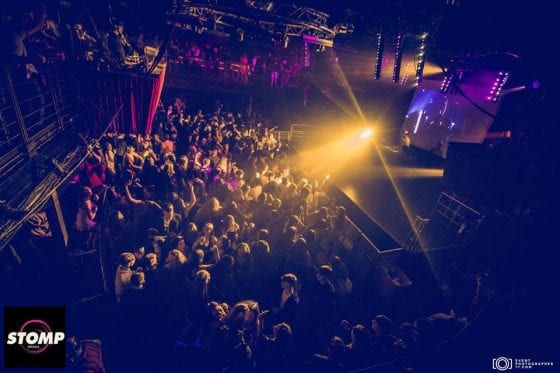 She said: “The girls were planning on going to the Stomp disco.
“All the kids seem heartbroken with the news, and this has actually distracted a lot of them from their exams due to their poor and unacceptable communication.”

Hanrahan also accused the events company of “refusing to respond to refund queries” and “ignoring messages”, and said she has spoken with other parents who are also furious.

On Stomp’s Facebook page, a concerned mother wrote on the page in April, that students were queuing up to two and a half hours for tickets, and some still even didn’t get the chance to purchase them as there was “no management” of the queue or limit on tickets per head.

Anne Carty Gallagher said: “No management of queue meant our third years queued for two and a half hours, only to have others arrive and jump the queue and get tickets, and those who queued failed to get tickets.

“Also no limit on tickets per head meant teenagers bought large numbers (it’s reported kids got 20 tickets) and ours only needing two didn’t get any. So now there’s a black market thriving as a result.”

A statement on the disco was issued on Stomp’s Instagram profile on Monday, saying they were looking at arranging another venue for the disco, but there was no mention of whether or not refunds would be available.

In the short social media statement, Stomp said: “We apologise for any inconveniences but the situation is out of our control as we had no idea Hangar was about to close and were as shocked as anyone with the sudden closure.”

Comments from distraught students suggested some had paid above face value to go to the disco – some up to €120.

On Tuesday, the company again took to Instagram to say that the event – which was due to take place next Wednesday – was cancelled, leaving hundreds of 3rd Year students without plans to celebrate the end of their exams.

Refunds will available today (Thursday) at Topaz in Donnybrook from 4 to 6pm.

It is with great regret that we have to announce the stomp end of junior cert disco scheduled for Wednesday June 20th has to be cancelled. This is due to the fact that our venue,hangar,has closed its doors.We have tried frantically over the last 2 weeks to source another venue to host the event in but all avenues have been exhausted and we can not secure a venue to host the event.We are sorry for the major inconvenience but with hangar closing it is totally out of our hands. Refunds from tickets purchased through eventbrite will be issued in the next 24 hours.Refunds on physical tickets purchased will be refunded this Thursday from 4-6pm at Topaz in Donnybrook. We apologise for the inconvenience at such a sensitive time but there is really nothing else we could have done. Good luck to all students in the remaining Junior Cert Exams. Stomp

Nothing new in latest dinosaur blockbuster

05/10/2017
We use cookies to ensure that we give you the best experience on our website. If you continue to use this site we will assume that you are happy with it.Ok