Sharing a historic feeling of real change in the air

Last Friday will go down in history as the day that Ireland voted on permitting abortion, with an overwhelming ‘Yes’ vote.

Voting to repeal one of our most conservative laws, one that has seen women forced abroad in isolation, Ireland solidified its position on the global stage as one of the Western World’s most progressive-thinking countries.

Early exit polls from RTE and The Irish Times showed a 69% majority for the Yes vote – higher than expected, with a Fleetwood Mac song, Landslide, coming to the minds of many.

As soon as the official count began on Saturday morning, there was a noticeable buzz in the air. 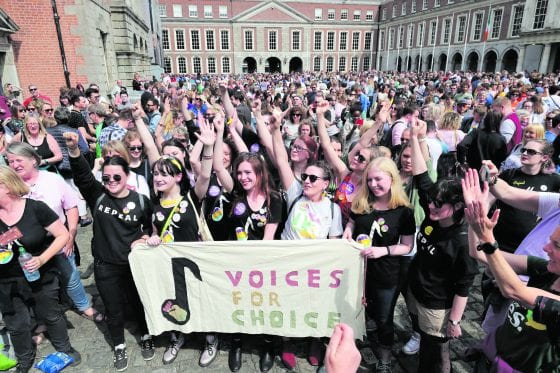 The sun was shining, a warmth in the air signalling a change in season, and a change in Irish society.

Anticipation built rapidly all morning across social media as more and more tallies from across Dublin came in – while there was still a degree of fear that the No side would have it, the Yes vote soon came in at two-to-one across the city.

The gathering at Dublin Castle to find the final vote drew in hundreds of people donning the now-iconic black Repeal jumpers, and brightly coloured Yes badges – and one woman who symbolically handed out ‘After Eights’ mints to members of the crowd.

Girls cried in the arms of friends and strangers alike as they revelled in their new-found bodily autonomy, men joyously cheering, knowing that Ireland had become a place of solace, almost, for the women in their lives. 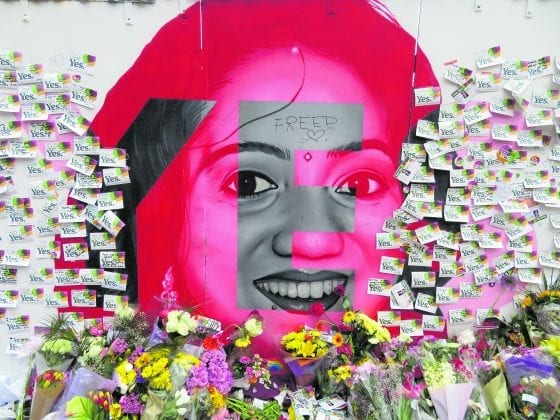 The hard work of the Yes campaigners, alongside personal stories shared of backroom abortions and heart-breaking journeys abroad, and the repeated calls for the wish for repeal, all came down to this.

Sighs of relief and cheers of relatively controlled celebration came after an emotionally charged week for many, knowing that the legislation they’d fought to repeal would soon be no more.

Speaking at Dublin Castle, Sinn Fein leader Mary Lou McDonald said: “This is a momentous day for all the people of Ireland. Ireland is changing.

“The old certainties [are] being challenged, and a new and better Ireland is emerging.

“It is a day when those who had be silenced demanded to be heard. A day when we decisively broke from the past.

“A day when the people said, ‘This is our time, this is our Ireland’.”

Message in a balloon drifts over to Scotland

HSE accused of “discrimination” against disabled residents in Lucan and Clondalkin