A Dublin mother of two, whose video showing her domestic abuse went viral, is helping similar victims with her new RTE documentary.

Three years ago, Emma Murphy confronted her then partner about cheating on her and he punched her in the face.

In a video that has reached more than 10 million views, she encouraged women to leave their abusive partners.

In the new RTE documentary, Emma travelled around Ireland speaking to other women and victims of domestic violence.

The 29-year-old from Finglas told Dublin Gazette: “There is a lot of heart-breaking stories in the documentary. We went to [women’s] refuges in the country, so it’s quite deep and emotional.”

One person she spoke to was Maria Dempsey, mother of Alicia Brough (20), who was fatally stabbed alongside her friend, Sarah Hines (25) and Sarah’s two children, three-year-old Reece and five-month-old Amy in 2010. All four were killed in Limerick by Sarah’s ex-boyfriend, John Geary.

Emma said talking to Maria was heartbreaking: “To think this woman has lost her daughter – she was obviously quite upset, but she’s a really positive person. She has so much love in her and not much hate. She’s just an amazing woman.”

Emma spent two years making the documentary, and said she hopes that it encourages women to take a stand against domestic abuse and get out of violent relationships. 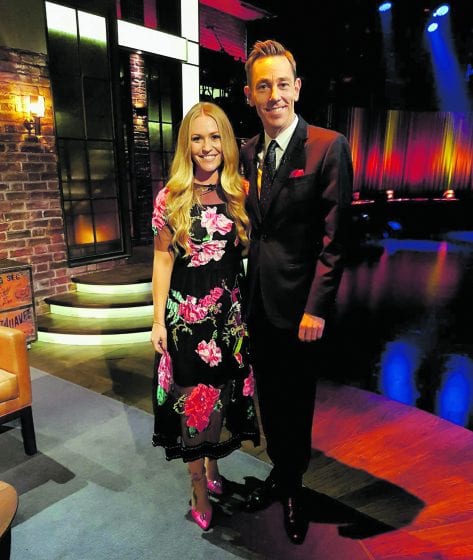 One in five women in Ireland who have been in a relationship have been abused by a current or former partner, according to Women’s Aid.

Emma said she hopes the documentary will have a positive impact: “I really hope it makes people listen and it begins to make more changes in the country.

“I really hope the message comes across that there’re so many services out there, and I just hope women who are suffering in silence will come forward, because nobody should be living like that.”

Public transport to steer Dublin in direction of...