Dublin is set to play host to its first Trans Pride parade at the end of this month, advocating for bodily autonomy for transgender people in Ireland.

The parade, which takes place on July 28, is focused on the theme of bodily autonomy. The aim of the parade is to highlight the issue of transgender individuals in Ireland not being given full control over their own bodies. 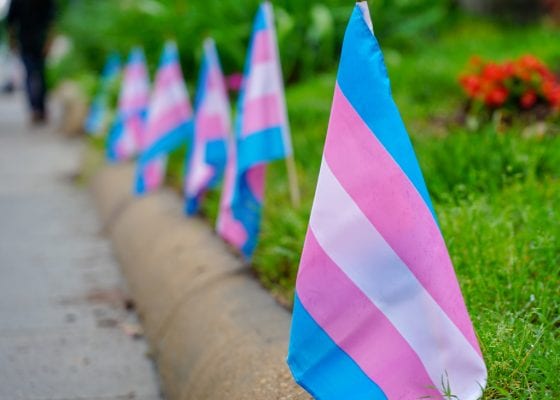 Currently, under the Gender Recognition Bill, transgender people cannot request a legal change in gender until they’re 16. There is also a two-year waiting list at present to visit an endocrinologist – the only way for an individual to receive hormone replacement therapy.

This comes as hundreds participated in a grassroots protest in the city centre last Saturday, calling for better healthcare for transgender people in Ireland.

Those in attendance marched from the Department of the Taoiseach to Leinster House and referred to how transgender people needed to travel abroad for treatments that they cannot have in Ireland.

Attendees also said the two-year wait for hormone replacement therapy has meant that transgender individuals struggle with mental health issues as a result.

There are currently only two endocrinologists in Ireland who will prescribe hormones – one in Loughlinstown Hospital, and another in Galway University hospital, with about 50,000 ‘gender-variant’ people living in Ireland.

The Trans Pride parade will march from the steps of Liberty Hall toward Fairview Park at 2pm on the day, with around 1,000 people expected to take part. For more information, visit Trans Pride Dublin on Twitter.

Bloody art could leave a lingering interest in...

Airbnb’s impact on the rent market a...

28/03/2019
We use cookies to ensure that we give you the best experience on our website. If you continue to use this site we will assume that you are happy with it.Ok