SF TD:  “Minister shouldn’t be throwing bouquets at himself – he should be addressing Dublin’s housing crisis!” 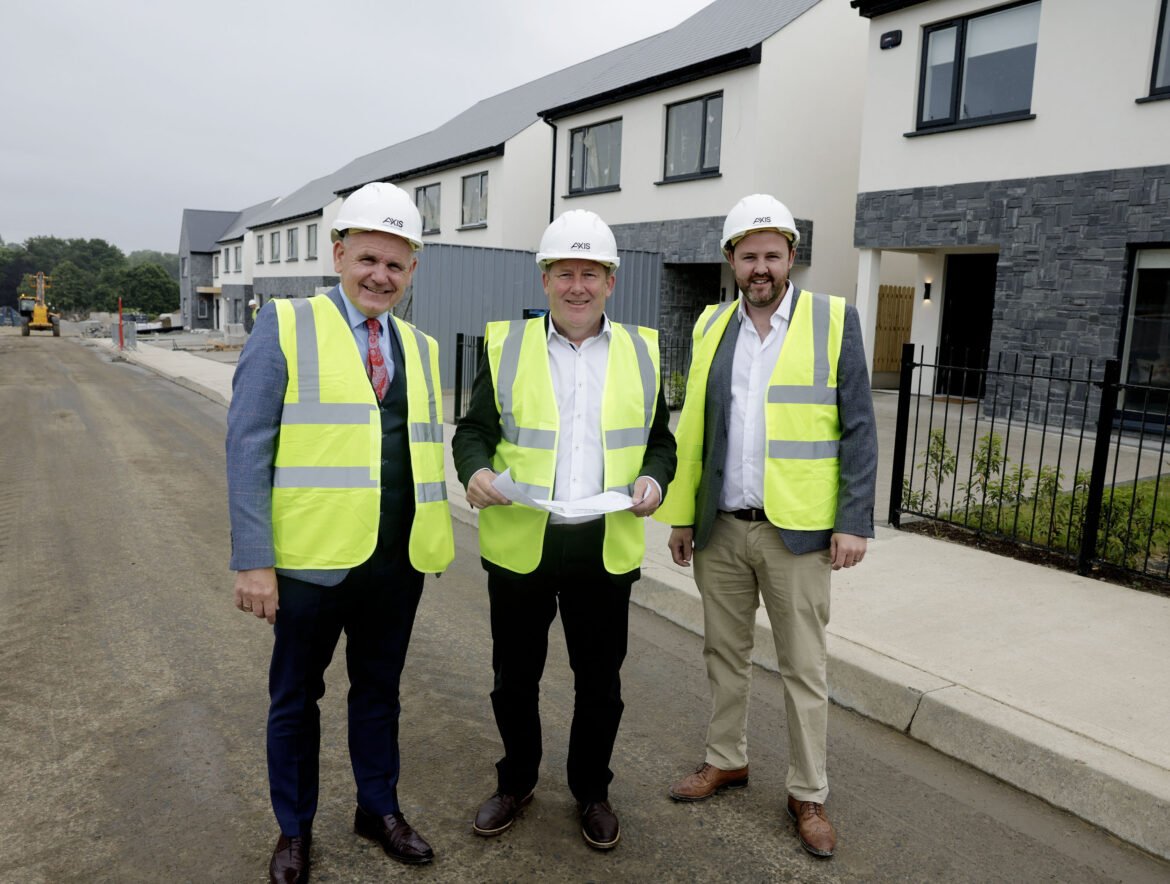 Sinn Féin’s Louise O’Reilly was less than impressed this week with Minister for Housing, Darragh O’Brien TD when he posed for photographs at a small housing development and care home at Riverview in Swords

The Fianna Fáil Minister visited the project by developers Axis Construction, which will see the delivery of 28 residential units comprising a mix of 2, 3, 4, & 5-bedroom houses.  The project also includes a new 92-bed state of the art residential care home and six custom built independent lving units for the elderly.

In visiting the development in Swords earlier this week, Minister O’Brien said he was pleased to visit this residential development in North County Dublin.

“Developments like this are key in achieving the Government’s housing strategy, ‘Housing for All’. We have a target this year of delivering 24,600 private and public homes and I expect us to hit and exceed that target.”

But Deputy O’Reilly for Dublin Fingal slated the Minister for posturing at what is a private housing development and making it sound like he was taking credit for the initiative!

“Any additional housing capacity is welcome,” said Deputy O’Reilly “but the Minister is claiming credit for a private sector initiative – when what he should be doing is addressing the serious need that we have in North County Dublin for affordable homes to buy and cost rental homes to rent.

“The Minister shouldn’t be throwing bouquets at himself, he should be focusing on delivering homes to those who need secure accommodation, rather than availing of photo opportunities!”

Deputy O’Reilly noted that people on Fingal’s housing waiting lists have been waiting for 12-13 years.

“They’re not going to be catered for any time soon. The list is growing endlessly and getting longer every day. Back in the mid-90s, the waiting list was an average of six months to a year.

“Now it’s just gone beyond what is reasonable. My clinic is full every week with queries for constituents, and most of them are people who are desperate for secure accommodation/housing.

“These are not all lower income families, most of them have two incomes coming in, it’s a very sad situation.”

The development in Riverview, Swords includes a new 92-bed state of the art residential care home with six independent living units for the elderly and is described as “part of the company’s ongoing commitment to deliver more new owner-occupier houses for the Fingal area.”

Kevin Beary, MD of Amhola Capital commented: “Riverview is a new development of 26 houses and 2 apartments in the picturesque and family friendly village of Rowlestown, Dublin.  Axis Construction are delivering this high-quality development, designed with modern living in mind and beautifully designed interiors.

“The location is perfect for families putting down roots in the tranquil and natural setting of a village community, which has the benefit of being conveniently located between Ashbourne and Swords.

“The demand for care homes in Ireland is evidenced by high occupancy rates across the country. This trend is expected to continue given Ireland’s aging population coupled with the current shortfall in supply.” He concluded by noting the scheme is totally in keeping with the government’s Housing for All initiative.