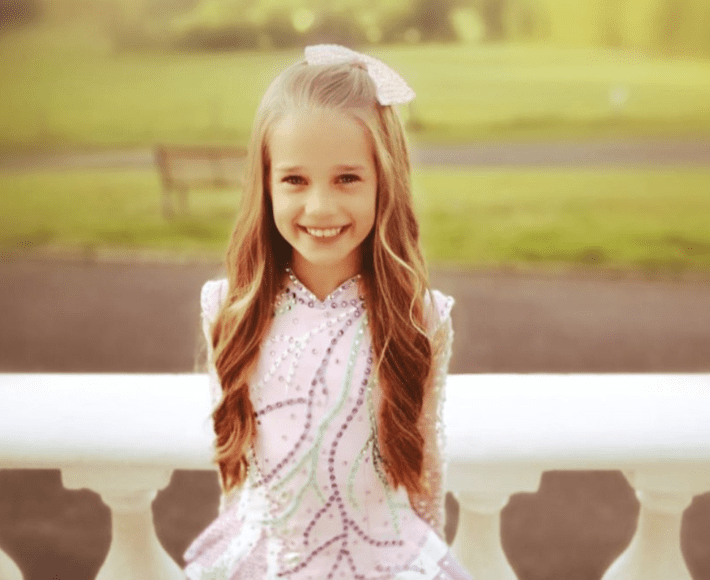 An 11-year-old Dublin actress has landed a plum role in the upcoming movie version of Matilda the musical.

Alisha Weir from Dun Laoghaire has been cast in the Netflix remake of the Roald Dahl classic starring opposite Emma Thompson.

Thompson will take on the role of feared head mistress Miss Trunchbull, while Alisha will play the title character in the musical.

Bond girl Lashana Lynch has been cast as Miss Honey, the kindly teacher who encourages child genius Matilda and protects her from the cruel headmistress.

Alisha, who is signed by the Maureen V Ward Talent Agency, appeared on The Late Late Toy Show in 2017 with a stunning rendition of Cyndi Lauper’s True Colours. The talented schoolgirl also starred in Virgin Media’s hit crime drama Darklands in 2019.

Reacting to her casting on Twitter ex Fair City actor Johnny Ward said: “Massive news! Absolutely over the moon to finally announce that my drama student Alisha Weir has landed the title role of ‘Matilda’ in the Roald Dahl Netflix production of Matilda!”

MASSIVE NEWS !!!!!!!!
Absolutely over the moon to finally announce that my Drama Student
Alisha Weir has landed the title role of "Matilda" in the Roald Dahl Netflix production of Matilda!!!!
So So proud ! Massive congratulations to @MVWTalentAgency pic.twitter.com/Ap2ZoHUVCB

Oscar winner Thompson is best known for her roles in Sense & Sensibility, Love Actually and the Nanny McPhee series.

Matilda is due to be released worldwide by Netflix, except in Ireland and the UK where TriStar pictures will distribute the film in cinemas.

Vector Motors, where Alisha’s dad Mark works, sent their congratulations via social media to the family who are said to be super-excited at the news.

They wrote: “With plenty of bad news in the world recently we are delighted to share something amazing. Mark Weir is our general manager, and his 11 year old daughter Alisha has been signed by Netflix to play Matilda in the new movie!

“Congratulations from all of us in Vector Motors. If she works even half as hard as her dad does then Netflix are the lucky ones!”