A massive clean-up operation began in West Dublin on Tuesday morning to repair the damage caused by Storm Ophelia – as Met Eireann warned of more wild weather to come.
South Dublin County Council received over 100 calls to its emergency out of hours phone lines yesterday, with the majority of reports concerning fallen trees. 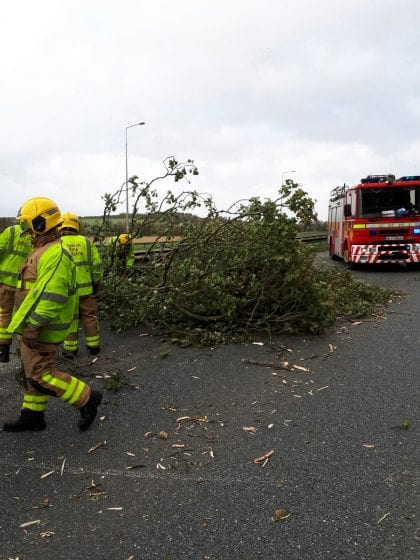 An estimated 100 trees fell throughout the county during the storm. One of the fallen trees caused damage to the juvenile pitch at Lucan Sarsfields GAA club. 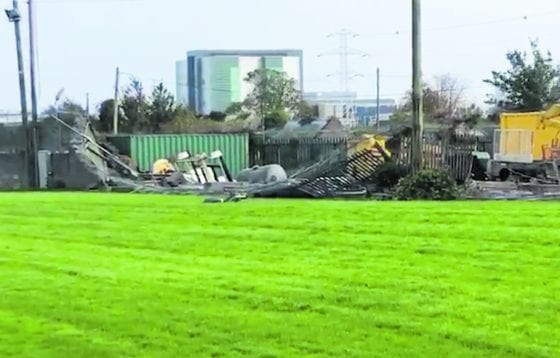 A statement on the club website said: “The club took the wind of Ophelia but the wall the far side of the Juvenile pitch did not. Neither did some trees, one of whom dropped on the training goals.”

The club said it would be carrying out a full assessment of the damage in the coming days and warned people to stay away from the damaged walls until they are repaired.

Officers from Tallaght fire station were dispatched to clear fallen trees from the N7 Naas Road which was blocking two lanes of traffic. 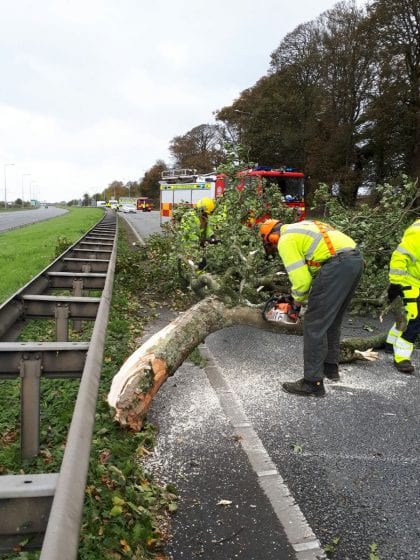 The N81 between Jobstown and Citywest was also temporarily closed due to fallen trees.

Three council houses suffered roof damage across the county while areas of Clondalkin were temporarily without power on Monday. The storm also played havoc with public transport in the area. 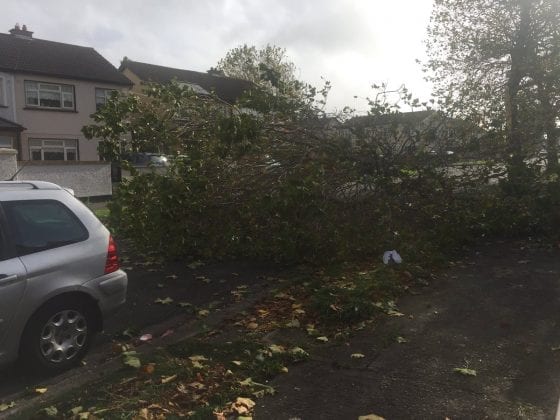 Tree down in Clondalkin taken from Ger Hanley Twitter 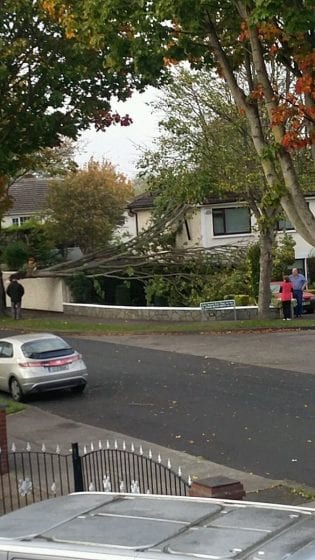 Dublin Bus withdrew service at 10am on Monday morning and returned to service on Tuesday morning but Luas users faced a further day’s delay after the red and green lines were suspended following damage to the Red Cow depot.

Storm Ophelia was the worst storm to hit Ireland in over 50 years. It killed three people across the country but the council said there were no major incidents or injury suffered in the county.

Cllr Sarah Holland (SF) said: “I have to say that our emergency response teams and council staff are doing a brilliant job. Praying for their safety.”

The country is now bracing for Storm Brian at the weekend, although meteorologists have said Brian’s impact will be much less severe than Ophelia.
There may be spot flooding and Met Eireann has said the storm has the potential to trigger a status yellow warning due to heavy rainfall and gales. 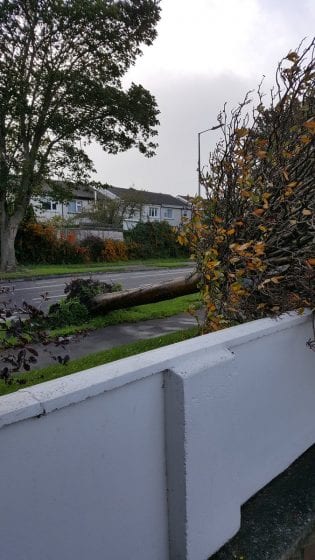 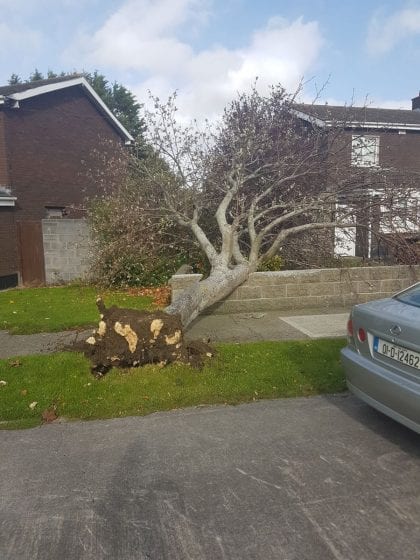 Rushing up the leagues

21/08/2014
We use cookies to ensure that we give you the best experience on our website. If you continue to use this site we will assume that you are happy with it.Ok