DUBLIN pilot Rob Mead will swap his plane for a boat as he embarks on a 200-mile non-stop ocean race in shark-invested waters to raise money for cancer awareness.
The British Airways flier from Howth will join Olympic gold medallist Alex Gregory for the epic sea voyage – despite never having rowed before.
Rob will join Alex in the ‘NOMAN is an Island’ race from Barcelona to Ibiza in aid of the HPV & Anal Cancer Foundation starting on July 24.
This year’s race is expected to take over 70 hours with the rowers having to deal with sharks, powerful waves, busy shipping lanes, blistering heat and seasickness.
Rob said: “Having never rowed before it’s going to be a nerve wracking experience to be out in the middle of the ocean dealing with sharks, waves and potential seasickness.
“We’ve all been training incredibly hard though and hopefull it will all pay off as we get stuck into the 200 miles of rowing we have ahead of us.
“We’re under no illusion that it will be easy, but if it means more people get to hear and learn about the race to end HPV-related cancers then every second will be worth it.” 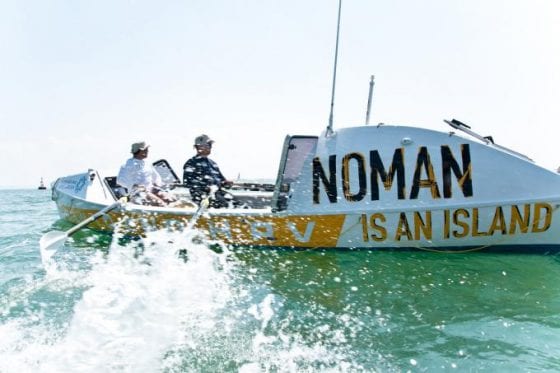 Struggle
Each team of five rowers will share a 24ft (7.3m) long boat equipped with two seats and a small sleeping space, taking it in turns to row for two hours and rest for two hours.
The NOMAN race was created by Tristan, Justine and Camilla Almada, whose mother died from stage four HPV-related cancer in 2010. The ocean voyage represents the struggle and isolation that many cancer patients feel.
The Health Information and Quality Authority (Hiqa) is currently considering plans to provide the Human Papilloma Virus vaccination to boys. The US and Australia are among 11 countries already vaccinating boys.
Rob’s oar-mate Alex Gregory said: “As a dad to two boys and a girl this race is incredibly important to me as I want to help raise awareness. Nobody should die or become seriously ill from a cancer that could so easily have been prevented by a simple vaccination.” 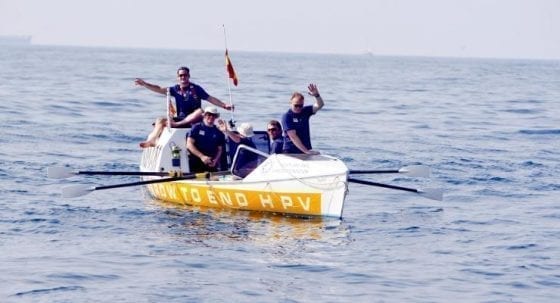 Rare sightings of flamingos and unicorns on The River Liffey

Initiative for those affected by pyrite labelled...

15/05/2014
We use cookies to ensure that we give you the best experience on our website. If you continue to use this site we will assume that you are happy with it.Ok