“Kids as young as 12 being used as drug mules”

A former heroin addict says she was “shocked and scared” to witness the new drugs epidemic now sweeping the capital.

Anne Buckley (pictured) revisited the streets where she used to shoot up for a TV documentary and was taken aback by what she saw. 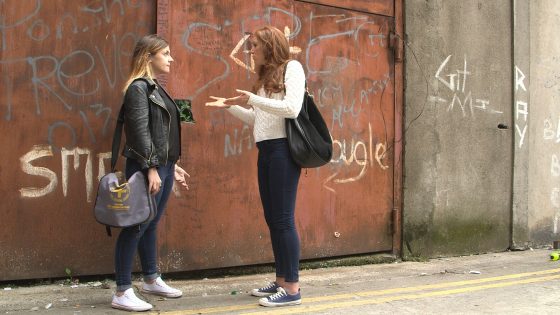 Anne, who featured in TV3’s My War on Drugs last night discovered children as young as 12 being used as lookouts for a new breed of brazen dealers.

The 41-year-old grew up in Fatima Mansions flats and was addicted to heroin and methadone for 17 years but is now six years clean and sober. 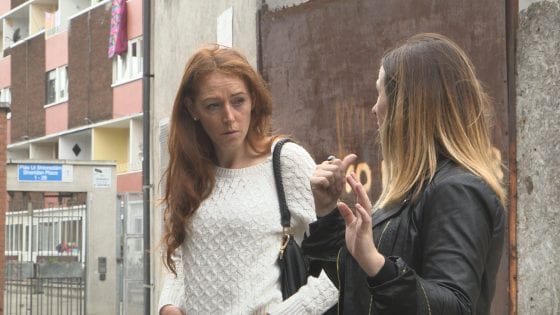 She said: “I was very shocked because I’ve been taken out of that environment. Seeing how it is now was pretty scary, to see the ruthlessness with the kids.

“Going after families for drug debts, that is new. I’d heard about it but I hadn’t witnessed it. Kids should not be exposed to that, it’s not a normal environment.”

Heroin has now been replaced by high-strength synthetic cannabis, which can kill, and pills such as benzos and zimmos – all peddled in broad daylight by dealers who work in shifts to provide 24/7 ‘cover’.

Anne added: “Kids as young as 12, 13, 14 are being used as lookouts and mules. For young people growing up this is just the norm for them.”

“With the feud the priority for gardai would be the protection of life. This is a drain on resources.“They need to have gardai 24/7 in certain areas which leaves other areas exposed so they become no-go areas for everyone except pushers and addicts.”

Sadie Grace, of the Family Support Network, said the organisation has dealt with parents forced to re-mortgage their homes to repay debts of up to €50,000 clocked up by their child. 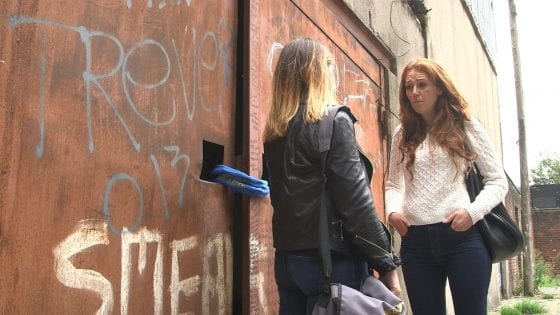 She said: “I think a lot of our drug dealers have got very powerful. I know of people who are petrified to come out of their house in case they may be petrol bombed or shot at.”
For Anne providing addicts with a safe place to use is a win-win because it gives them dignity and keeps drug use off the city’s streets.

She said: “I had to reach rock bottom before I got help. As a child I palled around with a group of eight, there are only three of us left now.

“My addiction was pure deprivation, really poor hygiene… disgusting. I would have slept rough every so often when my family couldn’t handle it.

“I remember being called a junkie, being afraid of being attacked or spat at.

“Now I see families and children walking around and addicts who are sick and mentally vulnerable lying in faeces, with needles around them, no health care.

“I actually saw a couple injecting in the p***ing rain and they were shaking because they were afraid. They were trying to hurry up. It was heart-breaking.

“We need to bring them in give them a safe environment, not just a methadone clinic, but somewhere where they get the treatment and support that they need.”

If you missed it True Lives: My War on Drugs is now available on the TV3 Player.

Have Your Say On Outdoor Dining

Tinder rapist jailed for seven and a half...