Little Ally reclaims her childhood – with best gift ever from Dad! 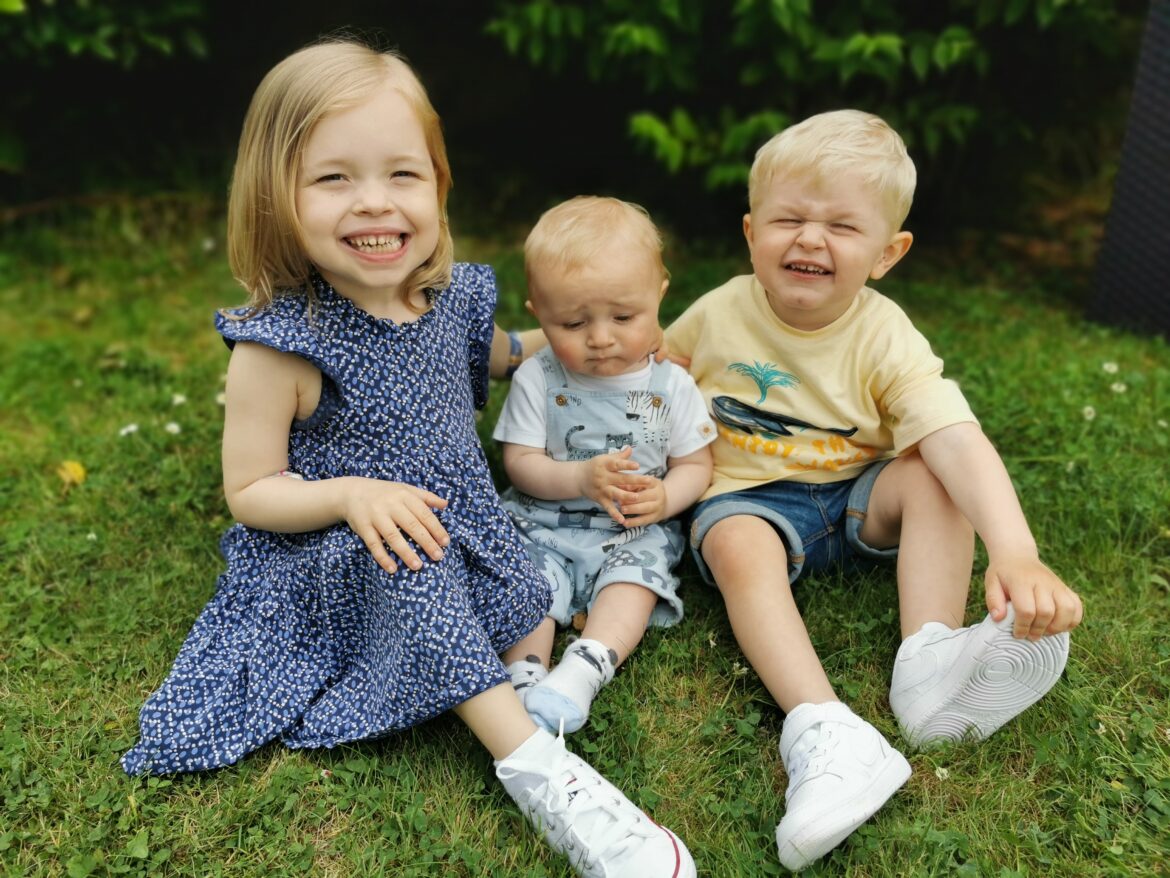 Last weekend saw four-year-old Ally Whitson from Greenhills, D 12 celebrate an amazing Father’s Day – amazing, thanks to the gift of a kidney from her dad David.

Diagnosed with a genetic condition, ‘Congenital Nephrotic Syndrome’ when she was just three weeks old, Ally spent the first five months of her life in Crumlin Hospital with her mother Michelle by her side.  Her life revolved around surgeries, medical appointments and infusions; aged five months old, she had one of her kidneys removed.

When Ally’s kidney function had failed completely, she began a form of hemodialysis (Peritoneal) which eventually led to being hooked up to a machine 7 nights a week, for 13 hours at a time. Until March this year, when her dad David donated a kidney to his eldest child.

And what a success the transplant has been. Ally’s life has been transformed, she is now adjusting to having energy, to playing with her younger brothers Riley (2) and Rian (10 months).  For parents Michelle and David, last weekend was the best Father’s Day celebration ever!

Michelle (33), who worked in the finance sector, has been Ally’s carer for the past few years. She described their joy in learning that David (35), a data centre technician, tested a positive match for a kidney transplant last year.

Following extensive medical checks, the transplant went ahead on March 14 this year.

Now the four-year-old is looking forward to starting St Damien’s National School in Perrystown in August.

“She just loves singing and dancing, and is going to join ballet classes soon,” said Michelle. “She is also mad keen to do hip-hop!! She is so excited to be running, to be out and about, and to play with her little brothers. She has energy and is back visiting friends – there were no play dates during Covid or pre-surgery – essentially, she is reclaiming her childhood – and it’s all down to the gift of a kidney from her father.

“She won’t forget that we promised to go to Euro Disney next year, that will be another milestone (Ally can’t fly for a year after the transplant).”

David added: “I just played a small part in it, donating a kidney was the least I could do. Now Ally can now enjoy a normal childhood.  Michelle did all the hard work up until then caring for Ally, staying with her in hospital for the first five months and all the visits and overnight stays afterwards, while also looking after our two boys.”

But for both parents, huge praise must go to the medical and nursing staff at Crumlin and Temple Street hospitals, along with great support from the team at Beaumont.

“We would like to acknowledge the support of the Irish Kidney Association which provided great advice and support. Also, my parents, Ann and Michael Sweeney who live nearby and were a huge help. My dad’s workplace, CJK Electrical, did a fundraiser at Christmas with some proceeds going to the kidney charity”.

It may have been a long road to see young Ally reclaim her childhood, but last weekend, saw the family celebrate a very special Father’s Day indeed, the first of many family days to come!

Individuals are encouraged to carry the organ donor card, permitting Code 115  on their driver’s licence or having the ‘digital organ donor card’ App on their smartphone. Organ Donor Cards can be requested from Irish Kidney Association (IKA) website www.ika.ie/get-a-donor-card, or phone 01 6205306 or Free text DONOR to 50050.

Transition ‘dirty word’ as United as move on past ‘Mr Crumlin’