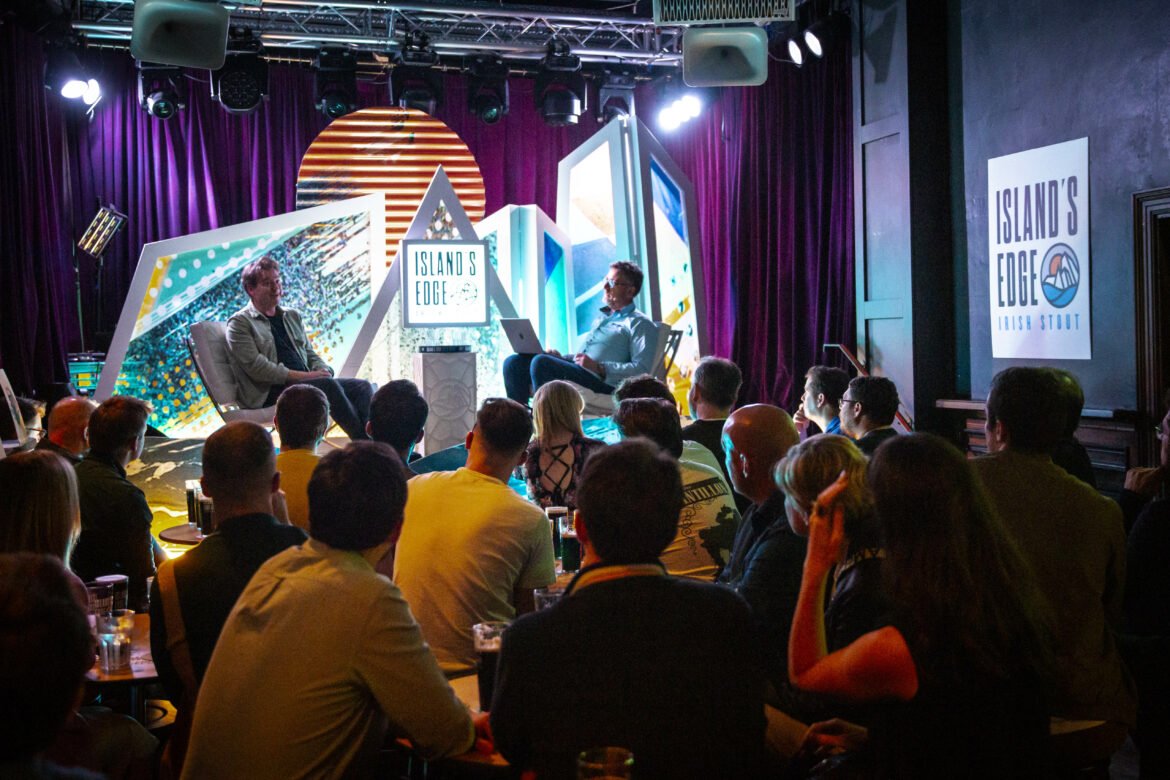 It was a night out with a difference while listening to unexpectedly refreshing conversation as Ireland’s leading economic commentator David McWilliams and his co-host John Davis grabbed the mic and took to the stage at Dublin’s Lost Lane to kick off the Dublin leg of The Island’s Edge Podcast Tour.

As the second installment of the live event series which saw Blindboy take to the stage in Crane Lane Cork last month, next up is Off The Ball Live in Galway on June 15.

Anyone familiar with McWilliams’s podcast will know he covers topics occupying everybody’s mind in Irish culture at the moment.

McWilliams’s grounding as an economist allows him to traverse topics as broad as globalisation, housing and the climate crisis with a dizzying level of fluency, while Davis acts as the voice of the everyman, asking the questions listeners are thinking.

The pairing always make for interesting and informative listening regardless of the topic, delving into themes, patterns and precedents that go above the everyday tumble of the news agenda.

Tickets to the upcoming events as part of The Island’s Edge Podcast Tour are available free of charge, operating on a first come, first served basis.