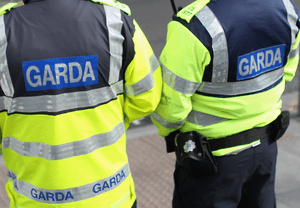 A man who made two hoax pipe bomb threats to the home of his ex-partner has been jailed for six months.

Dubliner Alan Kiernan (39) called gardaí twice to tell them there were pipe bombs at the house of his ex-partner at Coulty Drive, Ballymun.

Garda Marie Ruddy told Antonia Boyle BL, prosecuting, that on the night of May 31, 2020, the garda communication centre received a call from a male caller using a  mobile phone stating there was a pipe bomb at that house.

Gardai were dispatched and the immediate area was then evacuated. Gardai searched the area for approximately 20 to 25 minutes for a suspicious device, but found nothing.

Garda John Coughlan then spoke with the homeowner, who informed the garda that there were ongoing issues between her daughter and her ex-partner Kiernan.

The younger woman told the garda that she was asleep and was awoken by shouting “the police are here”.

On June 1, 2020, a man rang command and control at Harcourt square, again claiming that there was a pipe bomb under a car at the same address in Ballymun. Garda Ruddy and colleagues went to the address, but after a thorough search, no device was found.

The homeowner informed gardaí that a similar incident had taken place the previous night. He also said he believed it was a hoax call and informed gardaí regarding the issues between his daughter and Kiernan.

Enquiries were made and the mobile phone number used to make both calls were traced to Kiernan.

On November 14, 2020, Garda Ruddy called to Kiernan’s home and arrested him. In interview Kiernan admitted making the hoax calls.

Kiernan claimed that “he heard voices telling him to ring while he was on tablets”. He acknowledged that it was his phone number and stated, “ya, that’s how stupid I was”.

When asked why he made the calls, Kiernan said, “I was pissed off, I was in a hole, I couldn’t see my kids. It was like I backed into a corner”.

Kiernan of Eden Park, Sandycove, Dun Laoghaire, Co Dublin, subsequently pleaded guilty to two counts of making a false report to gardaí on May 31, 2020, and June 1, 2020.

He has 39 previous convictions, including road traffic offences, public order offences, misuse of drugs, domestic violence, assault, criminal damage and breach of bail. He was also on bail at the time of the calls.

Defence counsel Pieter Le Vert BL outlined that his client had a fraught relationship with the mother of his children. At the time, he was misusing drugs and was also suffering from mental health issues.

He said his client is now on good terms with his ex-partner and minds his children two days per week.

Mr Le Vert stated his client has had a difficult childhood and left school at 14 and began taking drugs.

Judge Pauline Codd said this was an appalling thing to do to the family involved. She also noted the large amount of gardaí resources used over the two incidents.

Judge Codd sentenced the accused to two years in prison with the final 18 months suspended under the condition that Kiernan stays under the probation services’ supervision, engages with addiction services, and undertakes urine analysis.

Grassroots, stories at the heart of the GAA