Henkel backs initiative to plant 4,000 trees at Tallaght schools in 2022 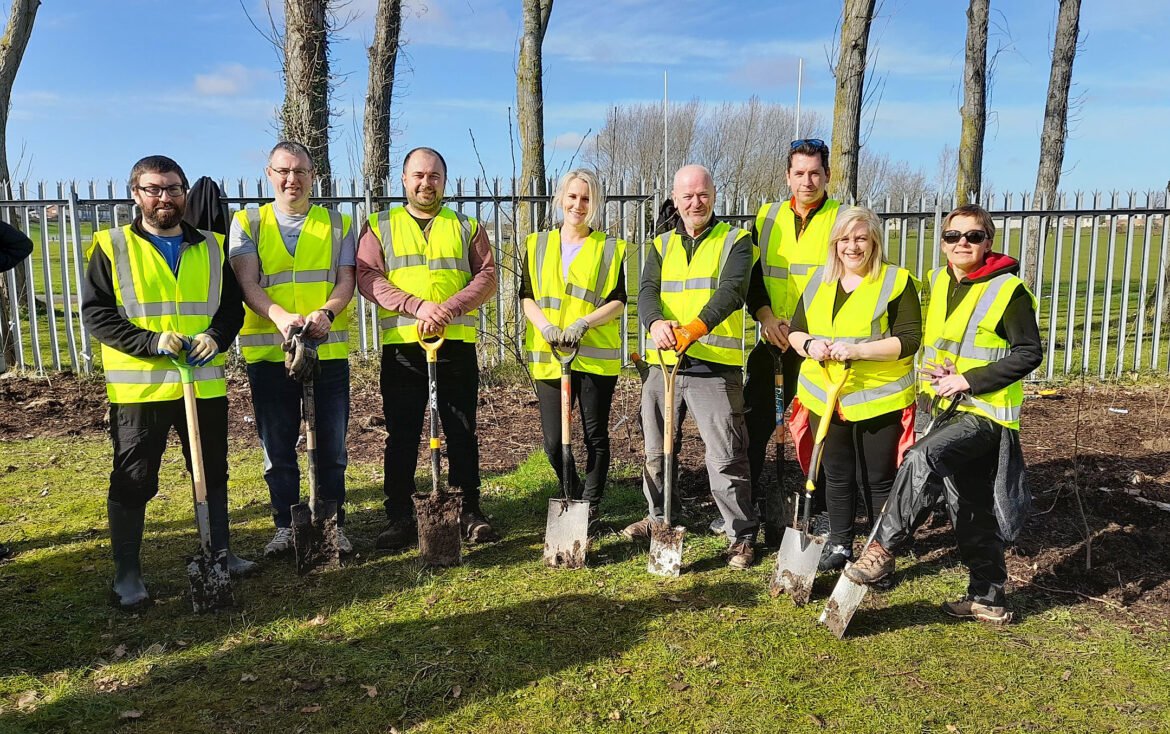 The Stepping Stones initiative is supported through Henkel Ireland’s Corporate Social Partnership which sees them partner with communities, where they live and operate, to support social initiatives and public institutions.

The planting of the trees took place yesterday, Thursday March 3rd, and soil preparation for the trees began in September 2021. Sacred Heart Senior National School is one of a number of local schools to be involved in the initiative which will see up to 4,000 trees planted this year.

Using a traditional Japanese dense forest planting method, the “Miyawaki method”, the project marks the beginning of efforts to increase biodiversity in the Tallaght region. Tallaght currently has some of the lowest levels of tree coverage in Dublin.

The “Miyawaki method” enables up to 300 trees per 100 square metres to be planted meaning biodiversity can be increased in built up areas. Miyawaki forests grow in two to three years and are self-sustaining. The partnership with local schools means that local school children will care for each forest for years to come.

Stepping Stones was joined by wildlife expert Éanna Ní Lamhna, who presented copies of her book ‘Wild Things at School’ to Sacred Heart Senior National School, which aids teachers in teaching children about trees and wildlife.

Barry Burns, Henkel Ireland said: “This is a fantastic initiative that will help the school to provide a safe, natural forest setting within the grounds of the school where pupils can learn about nature, wildlife and the importance of preserving the natural environment to fight climate change. Given Henkel’s desire to support local community projects and our organisational commitment to sustainability, we are only too happy to support this initiative.”

Speaking at Sacred Heart Senior National School, John Kiberd, Stepping Stones said: “We are delighted to have started on this project which has been some time in the making. It is great to be able to work to improve biodiversity and tree coverage while simultaneously involving local schools and businesses. Without the funding and volunteering of our partners such as Henkel Ireland, we would not have been able to get this project off the ground. And without our local schools offering their grounds, we would have struggled to begin with such momentum. We aim to expand this more widely in the Tallaght community and ultimately beyond.”