A MUM-OF-TWO has told how she’s running the mini marathon to raise funds for Pieta House after the charity helped her 13-year-old son through a time of crisis.

Katrina Rogers from Donabate has set a target of €1,000 to show her appreciation for the help her family received from the suicide and self-harm intervention centre.

Katrina (39) will undertake the 10K women’s race in the name of her eldest son, Tristan, who availed of Pieta’s services when he was just 11 years old.
The devoted single mum bravely decided to speak out about her son’s mental health issues in the hope that it will help others and raise awareness for the charity.

She told Dublin Gazette: “We went to see them because he had two suicide attempts. The first one was in November 2015 and the next was in January 2016, just before his twelfth birthday.

“He was still in primary school at that stage. We had 15 sessions with Pieta House and it did him the world of good. He seemed a lot chirpier after that.”
Tristan was later diagnosed with dyspraxia – a brain condition which causes problems with co-ordination and physical movement.

Katrina said: “Tristan was always a nice, quiet, smiling child. We noticed a difference in him compared to other kids about four years ago, and Asperger’s was suspected.
“He was diagnosed with Attention Deficit Disorder, anxiety and depression. Two years later, the occupational therapist diagnosed him with dyspraxia.

“I felt relief, because that made sense; it ticked a lot of boxes. It meant I knew what to do and knew what sports I could put him in.”
Tristan, a student at Donabate Community College, has now swapped GAA for tennis and is a regular at a local teenage gym. However, the family has had to stop their regular visits to Croke Park.

Katrina revealed: “We went last week for the first time in a long time and it wound him up. He can’t cope with crowds or noise.”
Happily, Tristan has been doing well and has now learned to ask for support at the earliest sign of trouble.

“He came to me on Saturday night and said, ‘Mam, I need help’,” Katrina said. “We spent a few hours in the psychiatric unit of Temple Street Hospital and they talked to him.

“Now we’re waiting for an appointment with CAMHS [the Child and Adolescent Mental Health Services]. I’m coping better now, keeping an eye on him.
“His younger brother is just gone 12 and he’s a totally different kettle of fish – very yappy, never stops talking. They’re like chalk and cheese.”

Katrina, who takes part in the annual Pieta House Darkness into Light fundraiser walk, says the charity is delighted with her initiative and will supply her with t-shirts for herself and her mum Kathleen (64), who is also doing the mini marathon.

She said: “I’ve had one donation put through the letter box from I haven’t a clue who. There was no name on it, just ten euro, and it said ‘For Pieta House’.” 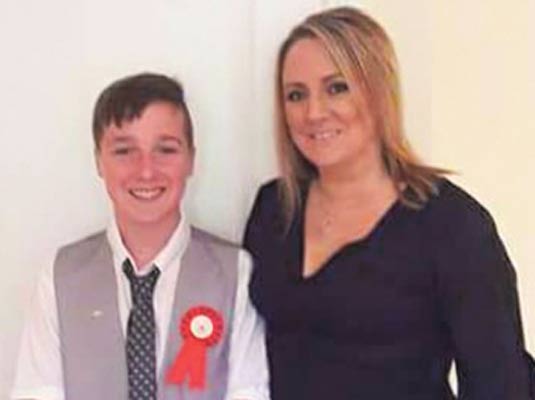 Digital hub or dead duck? What to do...

12/10/2017
We use cookies to ensure that we give you the best experience on our website. If you continue to use this site we will assume that you are happy with it.Ok