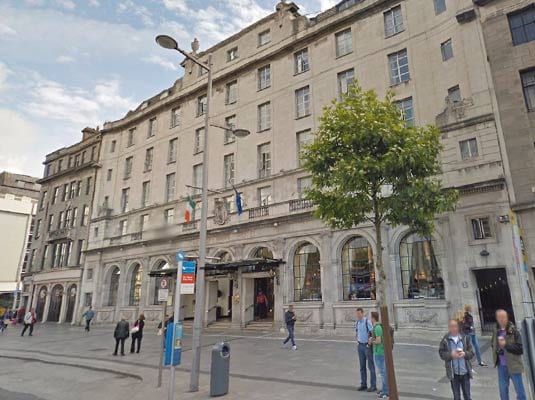 DUBLIN City Councillors passed a motion last week calling on the council to take steps to rehouse the 14 homeless families who are currently staying at the Gresham Hotel.

News recently emerged that the Gresham – which had been in the possession of NAMA before it was sold to Spanish hotel giant Riu last year – would no longer be accepting payments from the council to house the families from the end of this month.

The motion was brought before the council by Cllr John Lyons (PBP).

He said: “I am calling on the [council] chief executive Owen Keegan to do what is right by these families and offer them long-term, secure Dublin City Council (DCC) housing.

“It would be unconscionable to allow these families, some of whom have been homeless for more than a year, to become homeless for at least the second time.”

Cllr Lyons also called for a change of government policy in relation to dealing with the homelessness crisis in Ireland.

He said: “We need significant State investment in public and affordable housing, with all council and other state-owned land utilised to this end.”

A motion calling for DCC to seek legal advice, including from the Irish Human Rights and Equality Commission, to ascertain if the Gresham Hotel is in breach of Equality legislation was passed at the council’s housing meeting.

A separate motion tabled by Cllr Alison Gilliland (Lab) also condemned the actions of the Gresham in ceasing to provide accommodation for homeless families.

She said: “It’s imperative to ascertain whether or not this [termination] is in breach of the Equality (Miscellaneous Provisions) Act 2015.

“This legislation established ‘housing assistance’ as a discriminatory ground with regard to the provision of accommodation and related services and amenities.

A spokesperson for Riu said: “From February 1, we are commencing a refurbishment of bedrooms and suites.

“This will necessitate taking a number of rooms out of the inventory for a number of months, which will reduce the hotel capacity.

“To facilitate the refurbishment of the bedrooms, we have had to turn away a number of business opportunities, including Dublin City Council.”

Take out the callipers – the thick-skinned return of Paddy Hanna