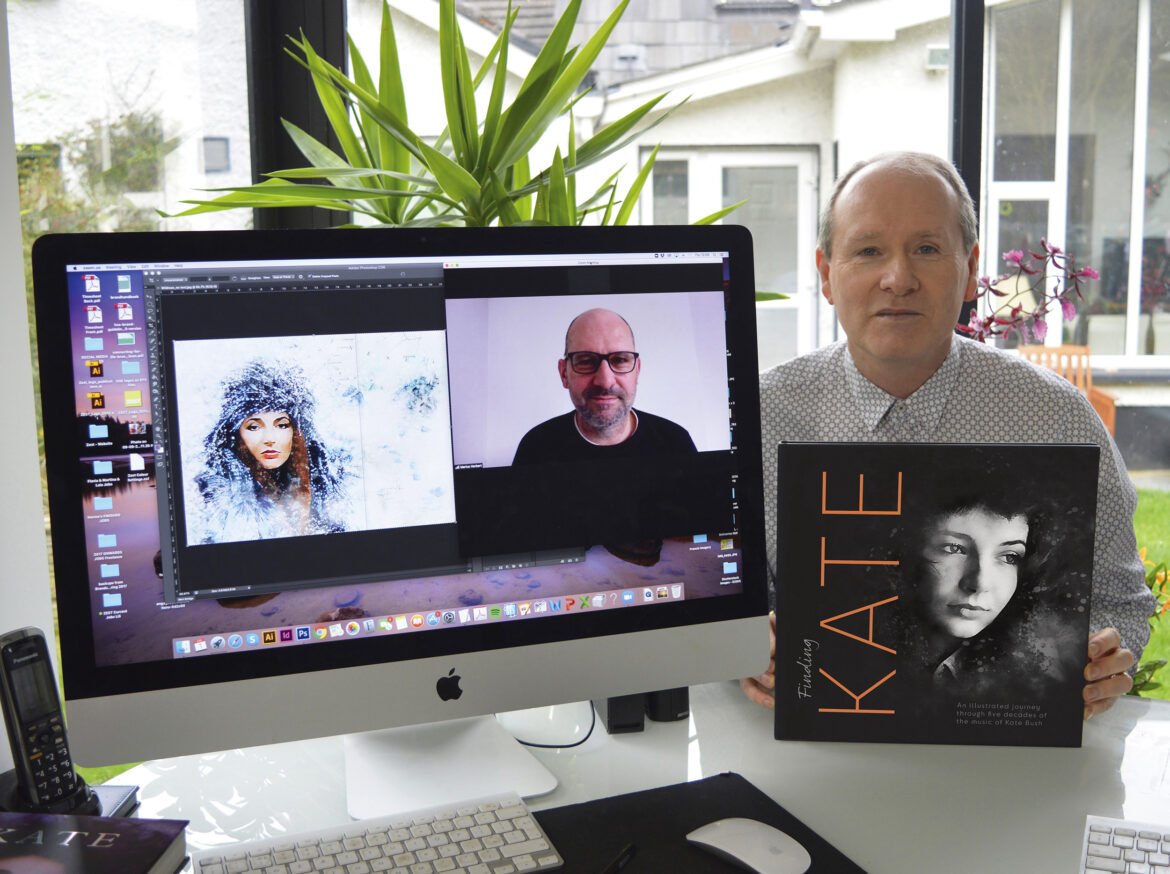 A graphic designer whose business collapsed during the pandemic is producing a stunning picture book on 80s superstar Kate Bush – from his garden office.

Michael Byrne, a diehard fan of the singer/songwriter since her rise to fame in 1978, fell into the project by accident, and now it has sparked interest across the world.

“When the business fell off a cliff because of Covid, I went from not having enough hours in the day to waiting for the phone to ring,” said dad-of-three Michael.

The Dubliner, from Knocklyon, founded design agency Zest Creative with Marius Herbert, who is also his collaborator on the book.

“I started to listen to music again, especially to Kate, I’d go out to my garden office, pull up the lyrics and got a deep interest in what she has done and how she created music, and an idea started to form in my head.

“Because work had gone so quiet, I just kept ploughing away with the concept and eventually, I thought ‘I might have something really good here’.”

By last month, Michael and Marius, working remotely, had the foundations of a large, coffee table photo book, ‘Finding Kate’, about the reclusive star.

They are hoping an ambitious crowdfunding drive to complete it will be a worldwide hit with the Wuthering Heights singer’s fans.

The friends have signed up to Kickstarter, a platform designed to support creative projects and have already pre-sold copies to fans in Ireland, the UK, US, Australia and Japan. Others have handed over cash and asked for nothing in return.

With 125 supporters, Michael, 58, needs 250 to ensure the hardback sees the light of day – with plans for further book projects if this one takes off.

“There is nothing out there like this book, it is ambitious and it is costly as well, buying the image rights from Getty (photographic agency),” says Michael.

“This is a real labour of love and it would be brilliant if more like-minded people who are passionate about music and creativity, get behind this project.

“I have loved her music since she emerged in 1978. I’ve picked 35 of her songs across five decades and we’re illustrating the story behind them.”

English singer Bush – whose late mother Hannah was from Waterford – had Bill Whelan (of Riverdance fame) arrange songs on her hit albums ‘Hounds of Love’ and ‘Sensual World’ and the tracks were recorded in Windmill Lane.

People who buy the 100-page book, priced at €58 including delivery, will be named as supporters inside it.

To buy, or back the project, visit: https://www.kickstarter.com/projects/1903980768/finding-kate-a-visual-celebration-of-the-music-of-kate-bush?ref=c96i81

Fears Phoenix Park could be sold off