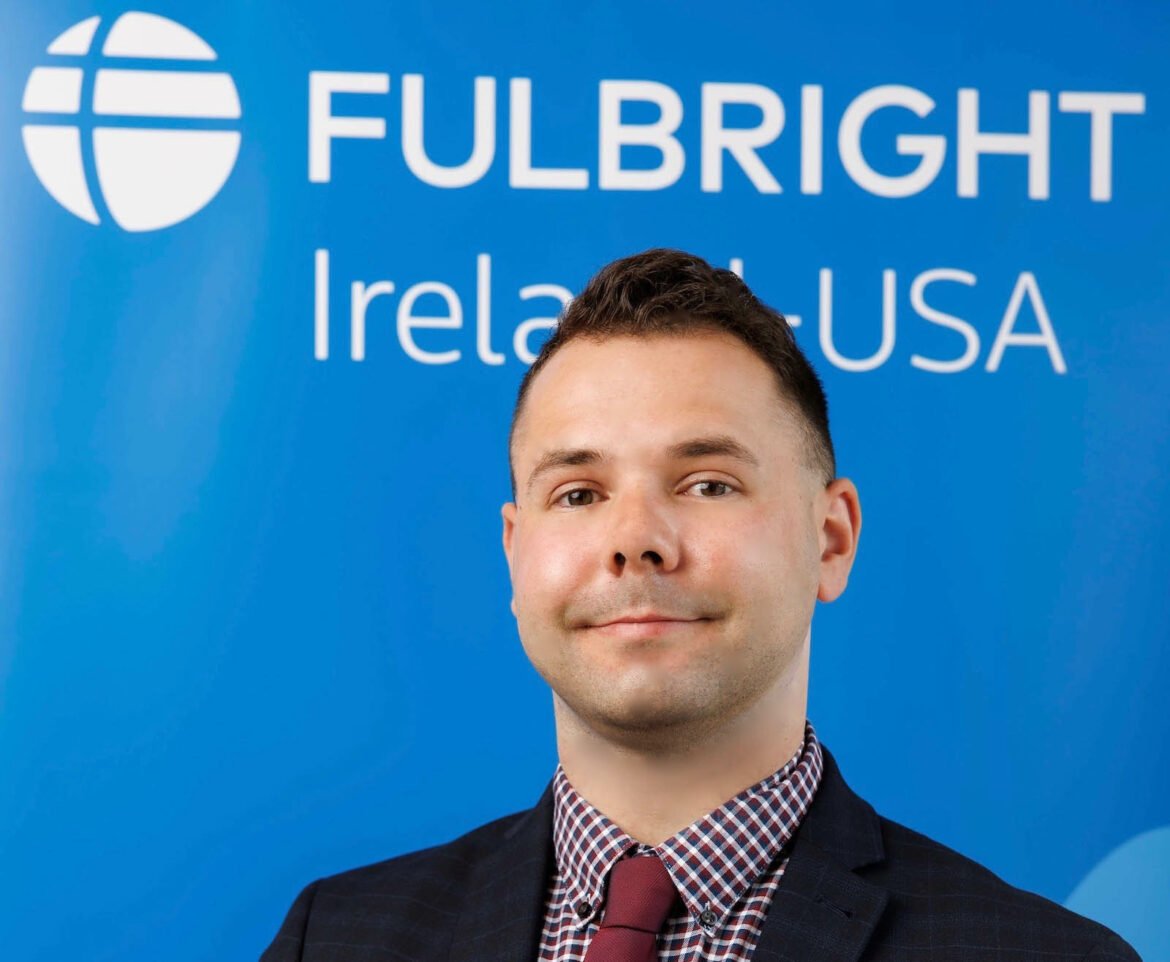 Aaron Gallagher was among those recognised with a Fulbright Award at a ceremony in Iveagh House earlier this month.

A PhD student at Dublin City University’s School of Communications, Aaron undertook his PhD to investigate the relationship between sporting organisations, athletes and the media.

As a Fulbright awardee at the University of Maryland, Aaron will compare sports communications strategies between Europe and the United States, looking at how sport is covered by American journalists and media professionals.

From Woodvale Crescent, Clonsilla, Aaron attended St Philip’s National School in Mountview and Coolmine Community School before receiving his Bachelor degree in Journalism in 2017 and a Master’s in Social Media Communications in 2019.

Speaking to the Dublin Gazette, Aaron said: “I’m thrilled to receive this Fulbright Scholarship Award. I am really excited to get the opportunity to work under the guidance of Professor Mark Hyman, who is a leading expert in the field of sports media working at the Shirley Povich Center for Sports Journalism.” He will spend a semester at the University of Maryland next year as part of his PhD project.

Aaron has worked as a sports journalist for a number of years, his work being published in national publications like The Journal, Irish Times and RTA. He was Editor-in-Chief of his university’s newspaper and was named National Press Journalist of the Year at the National Student Media Awards, along with several journalist awards since.