First phase of ‘mini village’ near Baldoyle given the green light

THE first phase of a major development which could create a new ‘mini village’ near Baldoyle was last week given the green light.
Fingal County Council granted permission for 550 housing units at The Coast under phase 1 of the Baldoyle-Stapolin local area plan.
It will see construction on a site that has undeveloped lands to the north, the Myrtle residential development to the south, Red Arches to the east and Clongriffin railway station to the west.
The planning permission provides for 379 apartments and 171 houses in a high-density mix with a village centre with apartments over the retail units (see artist’s impressions, inset).
Almost 900 car parking spaces will be built for residents and visitors, as well as 62 car parking spaces for the commercial units themselves. 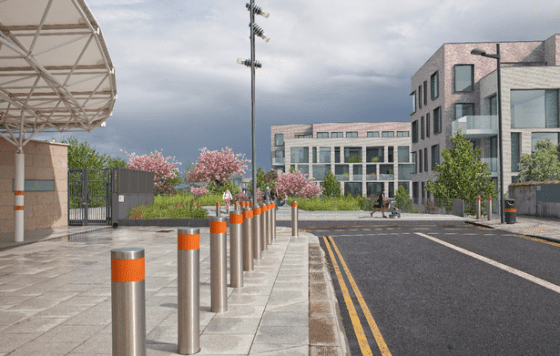 The area was last year allocated just over e6million in funding from the Department of the Environment to service land clearing the way for 1,500 housing units to be built in the long term.
Two other key zones in Fingal are also earmarked for substantial growth – with 1,200 housing units to be built in Donabate by 2021 and a further 800 in the Oldtown/Mooretown area.
In its submission under the Local Infrastructure Housing Activation Fund the council identified the Stapolin-Baldoyle area as a “major urban housing development site”.
The local authority aims to release lands previously identified in the Baldoyle Local Area Plan 2013 for housing. Separately, Dublin City Council has identified a site at Belmayne as a major urban housing development site.
It requested €3million under the infrastructure fund for road access to facilitate 620 units by 2021 with the submission stating: “A total potential of 1,380 homes can be provided on the lands in question with an estimated 7,000 capable of being delivered in the wider zoned lands.”

Happy to be roped in to help Irish Life support charities

The Scratch saddle up in support of asylum...

SIPTU has called for the provision of adequate...

Neuter and microchip to avoid the dognappers: charities...

Public urged to have a say on...