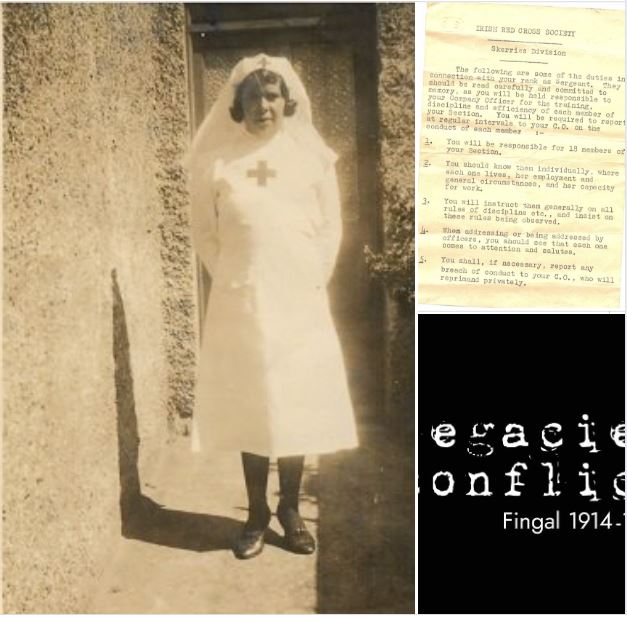 Fingal Heritage/Fingal County Council is still looking for stories from Fingal for the Legacies of Conflict project – particularly women’s experience between 1914 and 1945 in Fingal.

For example, Kathleen Caffrey’s (neé Lyons) experience of the Emergency is typical of many across Fingal. In 1940, when men volunteered to join the Local Defence Force (LDF) women joined the Irish Red Cross which had been formally established on July 6, 1939 under the Red Cross Act 1938.

“Kathleen was ranked a Sergeant in the Skerries Division with responsibility for 18 members. By 1942, Kathleen Lyons had married but the need for work meant moving to the ship building town of Barrow-on-Furness in northern England which was subjected to repeated bombing. The family, including a new baby, returned to Skerries in 1946.”

Consumers in Dublin recycle 11,900 tonnes of electrical waste in past year