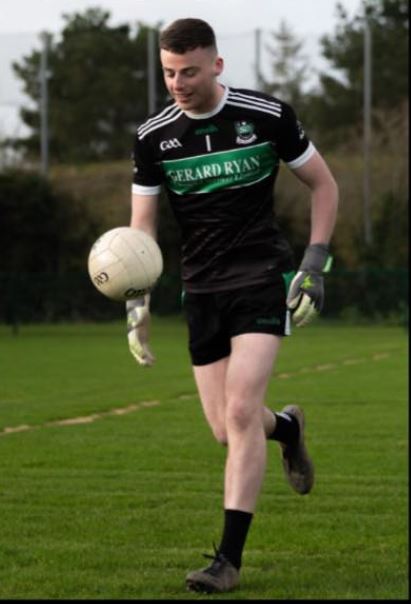 Heart-breaking scenes on Monday last as a family and community mourned the tragic passing of young Eoghan Moloney. Eoghan’s sudden death send waves of sadness through the Donabate and Ballymastone communities.

Cllr Adrian Henchy (FF) expressed his deepest condolences to the family and to St Pats GAA Club, of which Eoghan was a dynamic player.

“A dark cloud hangs over the Donabate-Portrane peninsula as we mourn Eoghan’s passing. To his Mam, Dad, brother, sister and family, his friends and all his devastated teammates – there are no words at this awfully difficult time.”

St Pat’s GAA wrote online: “No words can articulate in any meaningful way the prevailing sense of sadness that has descended upon every member across the club.

“Eoghan played with St Pats from a very young age all the way up to adult football and was the heartbeat of the adult 1st team over the last number of years. A hero in last year’s final playing a central role in helping the club win the Dublin Intermediate Championship for the very first time, his name will be sewn into the history of this club forever more.

An outstanding player, hugely popular within the dressing room and beyond, modest to a fault, always full of fun, a warm, kind and gentle soul that will never be forgotten and will be sorely missed by all. We offer our support to the Moloney family at this desperately sad time for all.”

A former player with Swords Celtic Club, the latter also paid tribute to the late Eoghan, stating he “was a fantastic goalkeeper on the pitch and a quiet and humble man off the pitch during his time in Balheary. Another young member gone way too soon.”

Bohemians FC also expressed their sadness at the passing of their former goalkeeper at underage level and extended sympathies to “Eoghan’s former team-mates, friends and family. “

Cllr Henchy concluded: “Look out for, hug each other, and talk to each other over the coming days. May Eoghan’s kind gentle soul rest in peace, amen.”

Eoghan’s funeral mass may be viewed at http://www.donabateparish.ie/webcam