E-bikes roll into Fingal – as local authority partners with TIER! 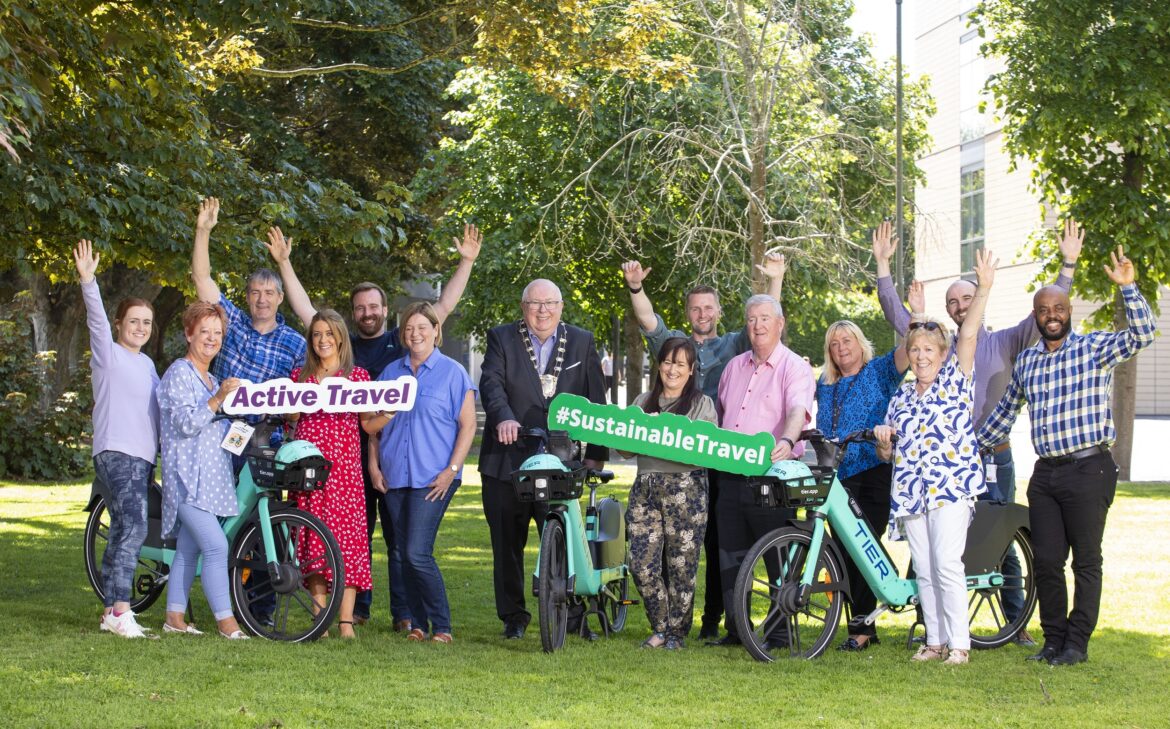 Brought to you by the Council’s Department of Environment, Climate Action and Active Travel, this exciting project involves the initial rollout of 100 battery power-assisted bicycles – also known as e-bikes – in Blanchardstown, Swords, Malahide, Baldoyle, Portmarnock and Howth.

This follow an extensive tender process so that state-of-the-art, climate-friendly e-bikes will be installed this week; residents and visitors to Fingal are being encouraged to look out for the distinctive aqua-coloured bikes and to give them a try!

E-bikes offer battery power to help you along your journey and could prove the smarter way for a quicker journey, while aiding a cleaner environment.

With up to 80km battery life, TIER e-bikes are ideal for longer journeys or trips where a little extra oomph might come in handy as the battery power kicks in after a moment or two of pedalling and helps you get moving.

You can pick up a TIER e-bike easily. Just download the TIER app, scan the code on the e-bike to unlock it and you’re on your way!

Fingal County Council says its e-bikes are suitable for anyone over the age of 16 and note that a credit or debit card is required to sign up for the service. E-bikes can be picked up and parked at designated bike racks and journeys must start and end within the Fingal area, all of which are shown in the TIER app.

Recently appointed Mayor of Fingal, Cllr Howard Mahony said ‘It is great to see the addition of these new e-bikes in the Blanchardstown area and across the county.

“If you’re new to cycling or it has been a long time since you were on a bike, perhaps now is the time to see if Active Travel might work for you. E-bikes take the pressure off the cyclist with battery power doing lots of the work for you, and they offer another great option for those who wish to cycle.”

Peadar Golden, Ireland Country Manager, TIER said ‘Sustainability is a key driver of TIER’s mission to change mobility for good. As the first fully carbon-neutral provider of micro-mobility, we aim to drive the transition towards low-carbon transport. Building on our e-scooter trial at Dublin City University and our experience of operating in over 530 towns and cities around the world, we’re thrilled to have been selected to introduce our service across Fingal and look forward to supporting the people of Fingal as they explore the County by TIER e-bike.’

If you’re ready to try a Fingal e-bike, simply download the TIER app to your mobile phone to get started and scan the QR code to unlock a bike and begin your trip! A live map of e-bike locations can be found in the TIER app. See further information re the e-bike sharing scheme and other Active Travel initiatives at www.fingal.ie/activetravel/bikes